Officers who refuse to simply retire

IFP Editorial: Cases of service extension or contractual re-engagement of top administrators or engineers are decided by the state Cabinet where decisions are mostly political rather than of administrative exigencies and in the case of extension of the Health Director Dr Rajo and JNIMS Director Dr Bhimo, Covid-19 pandemic related issues seems to have been flagged in the name of policy continuity. 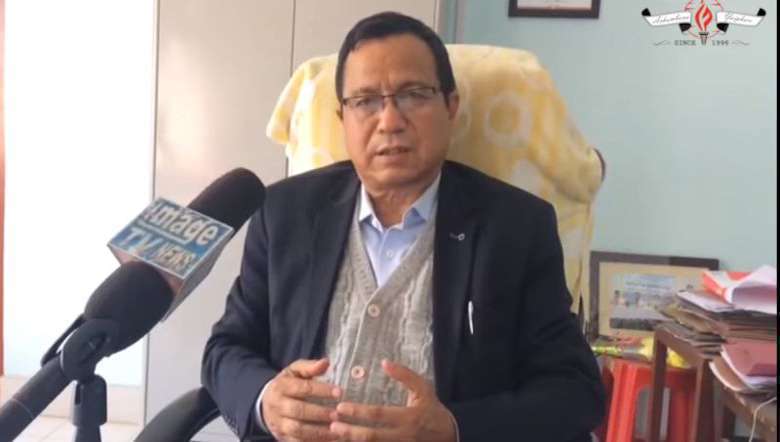 LOOKING at the track record of the government, past or present, retaining the services of some officers who are due to retire either by extension of tenure or by contractual re-engagement has rather become a norm than exception. The practice of extension or contractual engagement is not restricted to only top-level officers, but also among the middle rung officers generally on grounds of indispensability or lack of experience among the juniors to be able to perform extraneous duties entailing special talents and in handling sensitive matters. While extension or contractual engagement in a few cases may be justified, it is not so in the case of all others. There is also a talk in official circles that such extension or re-engagement is not availed in certain deserving cases. Only a selected few who have a line with the powers that be seems to enjoy this and sometimes extension after extension are granted to a few top-ranking officers, more particularly among the department or directorate heads. A joke doing the rounds in the bureaucratic circles is about a few top engineers who simply refused to retire. A glaring example can be found in the extension or re-engagement of top engineers in the erstwhile Irrigation & Flood Control Department (now Water Resources) and Power Department, again and again, by bending the rules or a special Cabinet decision.

We have raised this issue in the past in this column again and again. What special qualities do these top officers or engineers have to merit extension or re-engagement at the expense of the promotion avenue of duly qualified officers or engineers. This question was raised in the case of the Managing Director of Manipur State Power Corporation Ltd (MSPCL) N Sarat, OSD of Water Resources Robindro Sharma, JNIMS Director Dr Bhimo and Health Director Dr Rajo’s extension, time and again.

Are they so indispensable? What are their plus points which merited the extension at the expense of other top Engineers or health administrators waiting in line? Dr Rajo’s extension was challenged by an Additional Director Dr Shyamsunder and the High Court ruled in his favour. Still, the judgement is yet to be effected. Same is the case with Director of Jawaharlal Nehru Institute of Medical Sciences (in short JNIMS) Dr Bhimo. What special talents has he got which are absent in other health professionals who have had administrative experiences? Dr Bhimo’s extension was challenged by JNIMS medical fraternity that it was violative of the norms and regulations of the medical institute.

But again, who is listening?

One thing is certain, all such cases of service extension or contractual re-engagement of top administrators or engineers are decided by the state Cabinet where decisions are mostly political rather than of administrative exigencies and in the case of extension of the Health Director Dr Rajo and JNIMS Director Dr Bhimo, Covid-19 pandemic related issues seems to have been flagged in the name of policy continuity. One should not forget that fact, all administrative heads do not function in isolation in terms of policy setting or implementation otherwise. Rather, it is a collective effort and coming together of different heads in framing policies or in implementation. Not so long ago, a controversy erupted in the Horticulture and Soil Conservation Directorate where a former Director recently resurrected by a decision of the state Cabinet for contractual re-engagement had allegedly assaulted a junior officer in her office room. The officers of the directorate were up in arms. In this backdrop, a press statement issued by six students’ organisations pressing for appointing a regular VC of Manipur Technical University is rather interesting. The organisations had also warned the state government to desist from appointing a former Professor and VC who had crossed the age limit of 70 years, as a stop-gap arrangement. The state government seems to be getting bolder and bolder after the successful extension of a few top officers through the state Cabinet. This attitude needs to be fought tooth and nail.