The Prime Minister paid homage to those who laid down their lives in the service of humanity on National Doctors’ Day. 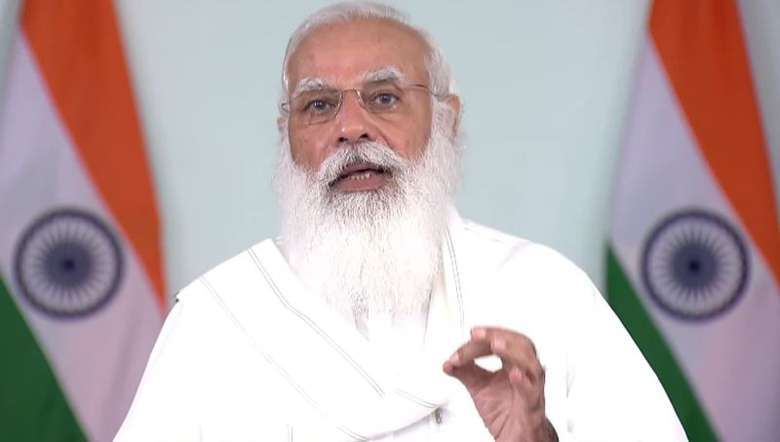 Prime Minister Narendra Modi on Thursday expressed his gratitude to the medical fraternity on behalf of all Indians and lauded the doctors for their contributions during the COVID-19 pandemic on National Doctors’ Day.

Addressing an event organised by the Indian Medical Association via video conference on Thursday, the Prime Minister recalled the heroic efforts of the doctors during the one and half years of the pandemic and paid homage to those who laid down their lives in the service of humanity.

"Our scientists and doctors have found solutions for all the challenges thrown by Corona. Our doctors are facing this new and fast mutating virus on the basis of their experience and expertise. Despite the limitations of long-neglected medical infrastructure and pressure of population, India’s per lakh population rate of infection and death rate is still manageable compared to even developed countries. Loss of lives is always painful but many lives have been saved too. Credit goes to hard-working doctors, healthcare workers, frontline workers for saving many lives," PM Modi said.

Underlining the focus of the government on strengthening healthcare, the Prime Minister said that about Rs 15,000 crore were allocated for healthcare during the first wave of the pandemic, while the health sector budget has been doubled to more than Rs 2 lakh crore in 2012.

"Rs 50,000 crore have been allocated for credit guarantee scheme to develop health infrastructure in the under-served area. New AIIMS, medical colleges are being established. Work has been initiated on 15 AIIMS as opposed to the total six AIIMS that existed in 2014. Number of Medical colleges has increased one and half times. Under graduate medical seats have increased one and half times and PG seats have grown by 80 per cent," informed the Prime Minister.

Reiterating the government's commitment for the safety of doctors, PM Modi mentioned stringent laws that have been brought in for preventing violence against doctors. A free insurance cover scheme has been brought for the Covid warriors, PM Modi said.

The Prime Minister also called upon the doctors to continue to inspire the people to get vaccinated and adopt Covid appropriate behavior. He also commended the medical fraternity for spreading awareness about Yoga.

"Work for propagating Yoga, which should have been done in the last century after Independence, is being done now, '' the Prime Minister said.

PM Modi further lauded the doctors for giving their time to the evidence-based studies on the benefits of yoga for dealing with post-Covid complications.