The Manipur chief minister said that the initiatives on ‘School Fagathalasi Mission’ was launched to bring a change for the government schools so as to bring an equivalent status with the private schools in the education sector. 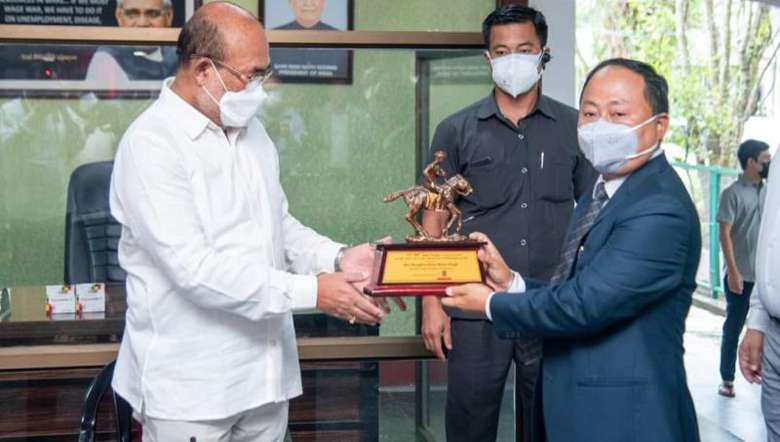 Manipur Chief Minister N Biren Singh on Wednesday said that the state government’s ‘School Fagathalasi Mission’ was launched to bring development in the education sector. With competition among the government and private schools, a new change can be brought in the education sector of the state, however, the mission was not launched to discriminate against private schools, CM Biren said.

Biren continued that the initiatives on ‘School Fagathalasi Mission’ was launched to bring a change for the government schools so as to bring an equivalent status with the private schools in the education sector. He said that good results come with competition and among the government and private schools a new development in education could be witnessed in the state. Private schools should also be monitored while collecting monthly fees after considering the poverty of the state, he added.

He appreciated UNNACO groups for initiating various projects to bring development for the state. The state will not forget the contribution made by UNNACO for utilising its school building and infrastructure at the time of pandemic. It is a good step to inaugurate a higher secondary school under the recognition of COSHEM exclusively for the arts stream. It is necessary to give value based education to the students and make the students aware of nationalism.

The officials of COSHEM, Board of Education Manipur (BOSEM) and State Council for Education Research and Training (SCERT) had already been informed to include patriotism in school syllabus, he added.

Biren further said that to preserve and promote the indigenous folk songs, folklore and other ethnic communities of the state, a proper syllabus needs to be included in schools so that the upcoming youths can be aware of the relationship among the people of hills and valleys in the past.

Politics do not mean only to construct roads, contract works and others but politics includes taking up various steps to fill the gaps among ethnic groups by removing the misunderstandings, he added.

“Regarding the syllabus of Central Board of Secondary Education (CBSE), a committee of Rajya Sabha has urged the states of the country on what to include in the school syllabus regarding their historic events. Most of the states are still not much aware that Subhash Chandra Bose had unfurled the flag of Indian National Army (INA) at Moirang,” said Biren.

Chairman of UNNACO school, Ningombam Irabanta said that for the first time UNNACO has established a CBSE school at Khongman, Imphal East and another school at Meiram, Imphal West. The newly inaugurated UNNACO school at Chanura Bazaar will be for the students who want their further studies under Arts and Commerce stream, he added.

He further said with the prevailing situation of COVID-19, the students of the school had already been promoted to higher classes. In the state, there is a lack of arts schools among private schools and so the facility is being established in the school. UNNACO group is aiming to establish private colleges so that students can get their higher education without going outside the state.