The victim had submitted a complaint report to the OC of Yairipok Police Station on Friday, seeking the arrest of an individual called Prityvas who had allegedly duped and molested her, police sources said. 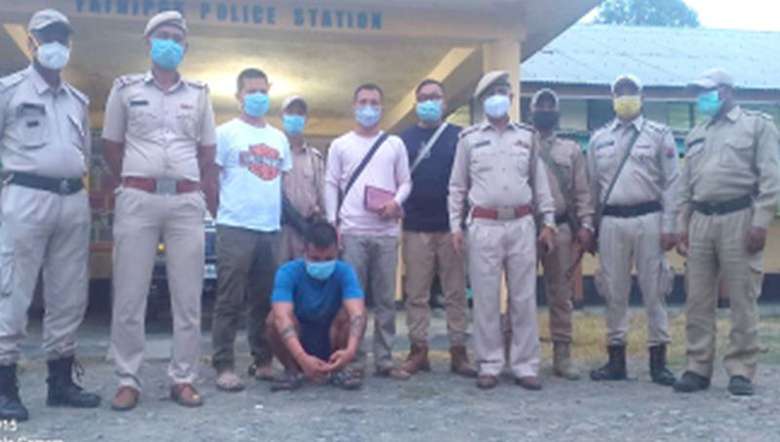 A team of Yairipok Police personnel on Tuesday arrested an individual accused of luring a girl through Facebook for a ride outside and molesting her besides robbing her mobile phone and gold jewellery.

According to police sources, the arrested individual has been identified as one Irom Chingkheinganba, 26, son of Brojen from Tangjeng Khunou in Kakching district, while the victim is from an area under the jurisdiction of Yairipok Police Station.

The victim had submitted a complaint report to the OC of Yairipok Police Station on Friday, seeking the arrest of an individual called Prityvas who had allegedly duped and molested her, police sources said.

The complaint report mentioned that the victim came to know the accused through Facebook on June 19. And around 10.30 am of June 24, she and Prityvas had gone for a ride in a maroon-coloured Maruti Alto car (unknown registration number) towards Churachandpur side. It was quite late when they tried to return back home, and on the pretext of elopement, Prityvas not only molested the girl but also tried to rape her, as per the complaint. Afterwards, the accused allegedly took her mobile phone and a gold ring she was wearing and abandoned her at Keishampat Junction.

Following the complaint report, a case was taken up at Yairipok Police Station, and arrangements to capture the accused were made. After investigations, the police came to know that the accused had used a false name in order to dupe the girl, and that his real name was Irom Chingkheinganba.

And upon receiving specific reports at around 11 am on Tuesday, a team from Yairipok Police Station comprising of subs inspectors Shankerdas Mangang and W Deepakchandra, and ASI S Maneshwor, under the supervision of SP of Thoubal district, Jogeshchandra Haobijam, had set out to Churachandpur in civies to nab the accused. After tracing his exact whereabouts, the police team was able to capture Irom Chingkheinganba from Torbung Bangla area of Bishnupur district at around 4 pm on Tuesday, police sources added.