Manipur Chief Minister N Biren inspected the construction of Nongpok-Thong (Eastern Gate) of Kangla Fort and said it will will be dedicated to the people by October 2021.. 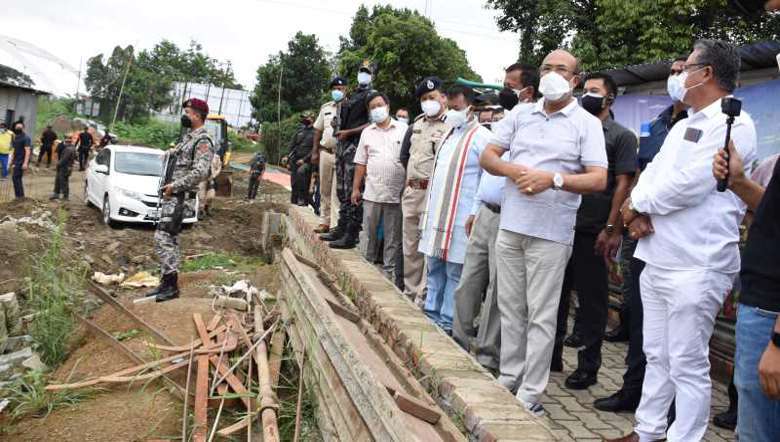 Manipur Chief Minister N Biren Singh has said that saving precious lives remains top priority of the government during the COVID-19 pandemic. He also said the opening of Nongpok-Thong (Eastern Gate) of Kangla Fort will bring peace and prosperity in the state.

The chief minister was speaking to mediapersons during the inspection of the construction of Nongpok-Thong (Eastern Gate) of Kangla Fort on Monday.

“We have a belief that there will be a feeling of oneness, peace, harmony and prosperity in the state when we open the Nongpok-Thong (Eastern Gate) of Kangla Fort. The government decided to construct Nongpok-Thong after deliberate consultations with historians, experts and others,” Biren said.

Biren maintained that the government has set a target of completing the construction of Nongpok-Thong, footpath and recreational park at the earliest and will be dedicated to the people by October this year.

The chief minister also maintained that the government has started a mass vaccination programme for all eligible persons in every assembly constituency with the support of elected members such as MLAs, pradhans, zilla parishads and others. He appealed to the people to come forward and get vaccinated as it is the only means to protect and prevent from the dreaded disease.