Five athletes from Manipur will be representing the country in the upcoming Tokyo Olympics, including Mary Kom. 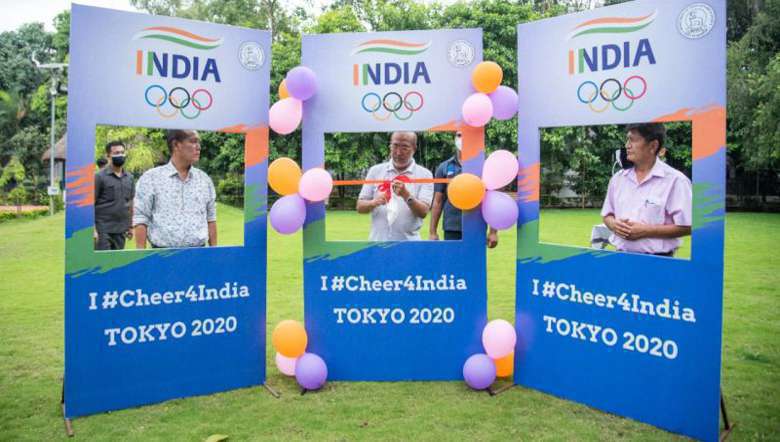 The chief minister made the announcement on Monday as he launched the Tokyo Olympics #Cheer4India campaign in Manipur to motivate the athletes representing India.

Five athletes from Manipur will be representing the country in the upcoming Tokyo Olympics. They are MC Mary Kom in Boxing, Sushila Likmabam in Judo, Saikhom Mirabai Chanu in Weightlifting, Pukhrambam Sushila Chanu and Nilakanta Sharma in Hockey India team. I would like to congratulate all our five athletes and wish them the best in this feat, the chief minister said in a Facebook post.

“Selection of five Olympians from Manipur to participate in the Tokyo Olympics is a matter of pride for the state and country too. Let all of them namely Mary Kom in boxing, Sushila Likmabam in judo, Saikhom Mirabai in weightlifting, Pukhrambam Sushila Chanu  and Shanglakpam Nilakanta Sharma in hockey bring laurels to the state and country,” Biren said.

Biren also launched a Selfie Point to cheer Indian Olympic contingents at his secretariat, Babupara, Imphal on Monday. The selfie point was set up as a part of a campaign launched by Prime Minister Narendra Modi ‘Cheers for India’ to encourage India’s Olympic-bound contingent.

"As a part of celebrating them and Olympics, we are initiating many activities like virtual felicitation with the families of the athletes, Olympics Quiz - "Road to Tokyo 2020", fan engagement drives, Olympic Symposium and also setting up selfie points where people can click pictures and show their support. These activities will also be conducted with utmost care of the current pandemic situation to boost the morale of our athletes participating in Tokyo 2020," CM Biren said.

The 2020 Summer Olympics is scheduled to take place in Tokyo, Japan between July 23 and August 8 and will feature a record 33 sports at 339 events across 42 venues. It was scheduled to be held last year but due to the pandemic it was postponed.