The declining number of inmates indicates the improvement of law and order situation, particularly for women sections in the state, MSCW stated. 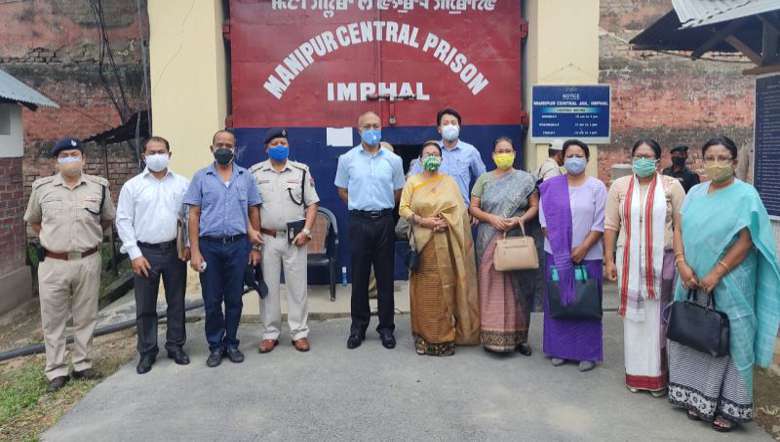 The number of female inmates in Manipur Central Jail in Imphal is declining as compared to previous years, Manipur State Commission for Women (MSCW) chairperson Binota Meinam said on Monday.

The observation was made during an inspection at the Central Jail at Old Lambulane by the commission chairperson and members on Monday, MSCW said.

The declining number of inmates indicates the improvement of law and order situation, particularly for women sections in the state, MSCW stated.

The visiting team interacted with officials of the jail, and it was learnt that there are 21 inmates in which three of them are convicts while 18 are undertrials, it added.

The barracks were found to be neat and clean, presenting a relaxed atmosphere with adequate open spaces except for the kitchen which needs to be renovated, it added.

MSCW chaiperson gave a lecture to the female inmates for transformation of life and to take a pledge not to repeat their acts of their past life in the future.

During the team inspection visit, the chairperson handed over sanitary pads, hand sanitizers, N95 Masks, snacks etc. for the female inmates through the DGP (Prisons) P Doungel along with superintendent of police ( prisons) T Kunjakishore.