Some thoughts on the anti-drug campaign in Manipur

IFP Editorial: It does not take a genius to imagine the inside world of the drug smuggling business. The powers that be are always involved directly or as patrons and the business thrives. But, it is mostly speculations or insinuations and evidences rarely comes forth. 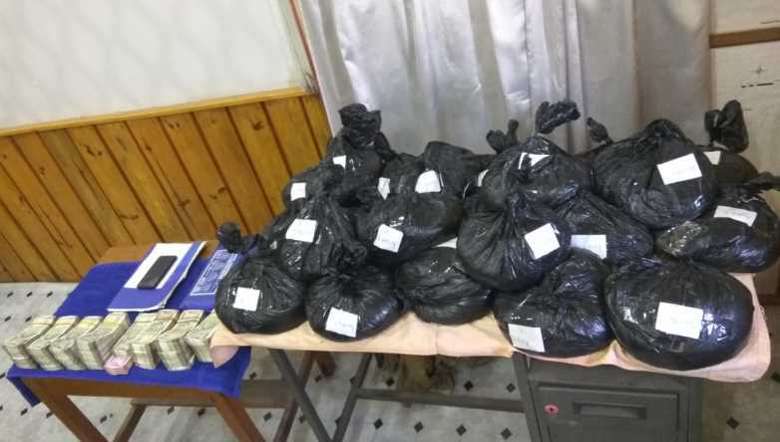 SOMETIME back, an MLA from the ruling BJP openly said in a public function that the drug smuggling business is thriving in the state because some ministers, MLAs and police officers are facilitating it.

When there is a sustained movement by anti-drug groups for an appeal against the acquittal of alleged drug smuggler Lunkhosei Zou and a War on Drugs campaign led by the chief minister himself, such an accusation had to be taken seriously. We had suggested in this very space that if the BJP MLA knows something which we do not and if he could provide some concrete evidence to back up his claim he should be ready to provide it to the enforcement agencies. It does not take a genius to imagine the inside world of the drug smuggling business. The powers that be are always involved directly or as patrons and the business thrives. But, it is mostly speculations or insinuations and evidences rarely comes forth. It is the same story everywhere in the world, but as always the drug lords are sometimes caught while the patrons always manage to quietly slip away from the dragnet laid by the enforcement agencies.

In the past, Manipur was just a transit point in drug smuggling originating from the infamous Golden Triangle, as it shares a 400 km long border with Myanmar. Acetic Anhydride and other acids used in manufacturing Heroin used to be smuggled from the Indian side through Manipur in large quantities then. Of course, opium was plenty in the Golden Triangle then. Now, the story is different. It has become evident that drug cartels based in Manipur have become major suppliers of Brown Sugar, Heroin and other synthetic drugs across the country. The widespread poppy plantations and the home-grown drug manufacturing units did not develop overnight. Somehow, conditions became ripe for such a development in course of time. Of course, poppy plantation in Manipur hills was there mainly in the regions bordering Myanmar and the opium extracted from these poppy fields was generally meant for supply to minor heroin manufacturing units just across the border.

Perhaps, the shift of poppy cultivation in areas of Manipur could have been a direct fallout of the diminishing trend in the Golden Triangle and Myanmar. Yet, if all of the hills are under poppy cultivation, it would only be a tiny fraction of the global drug production a major portion of which had already shifted to the Golden Crescent area. So, who would be interested in the opium produce of Manipur hills or who is buying it? It would be interesting to note that poppy cultivation and drug manufacturing units have not completely vanished from this part of the world, although it had diminished to a great extent. There are still some players across the border. Here, we must understand, a venture in large scale ‘illegal’ cultivation of poppy does not come out of the blue to some ‘enterprising’ hill chieftain or businessmen. Because there is always the matter of a risky investment and a reliable marketing network before embarking on such a venture. In short, one needs to be an old hand in the trade.

As a part of the observance of the International Day against Drug Abuse and Illicit Trafficking Chief Minister N Biren Singh announced that financial assistance of Rs 15,000 will be given to each local club annually under state Social Welfare department in order to root out drugs. It is indeed a good move to encourage the local clubs to join in the campaign against drugs. But much more needs to be done. The local clubs needs to be properly sensitised on the state drug policy and its multi-pronged strategy to deal with both drug abuse and drug smuggling or peddling. It is not all about weeding out the drug abusers and ostracising them and not of hauling up the drug peddlers. The rehabilitation part is important in any response to the problem.