President of International Peace and Social Advancement Joychandra Konthoujam was elected as the new president. 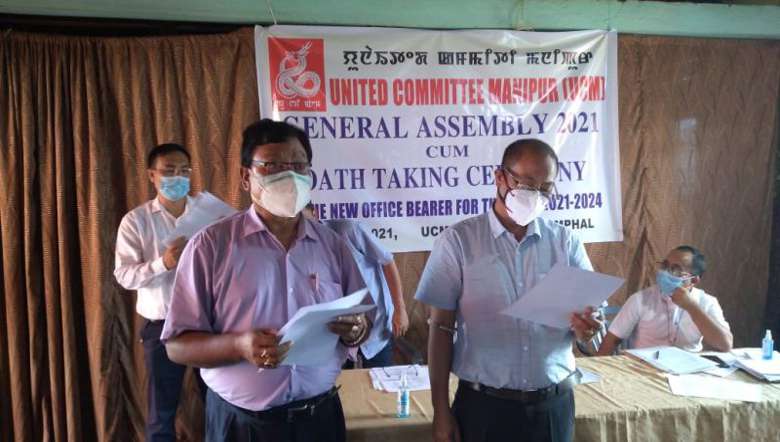 New office bearers of United Committee Manipur (UCM) central committee for the term 2021 to 2024 were elected (uncontested) at a simple event held at the office of the committee at Lamphel on Saturday.

Nahakpam Sharma, Nongmaithem Jiban and Leisemba Lamaba were elected as the secretary organisation, secretary finance, and secretary IPR respectively. Other members were also elected for different posts in the committee.  The Oath taking ceremony of the newly elected office bearers was also held on the same day.