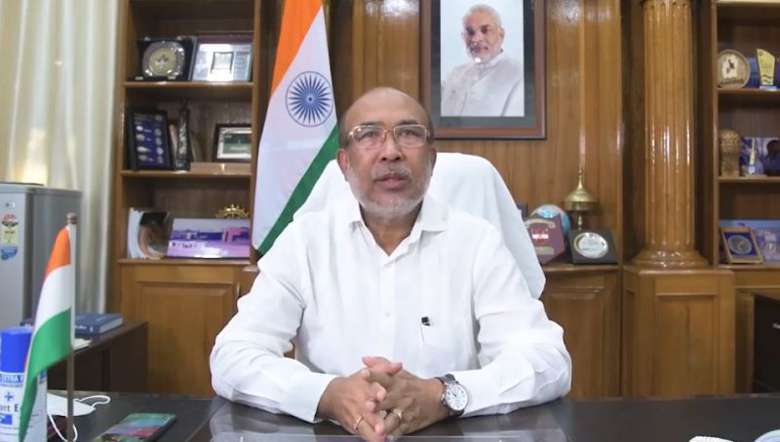 As the International Day against Drug Abuse and Illicit Trafficking was observed at different districts of the state, Manipur Chief Minister N Biren Singh announced that financial assistance of Rs 15,000 will be given to each local club annually under state Social Welfare department in order to root out drugs.

He was speaking through a video clip released on Saturday in connection with the International Day against Drug Abuse and Illicit Trafficking observed under the theme ‘Share Facts on Drugs, Save Lives’.

The chief minister said the objectives for observing the day is to discourage abuse of drugs and other psychoactive substances and to promote good health in the society.

In the present society, use of drugs and alcohol has been increasing and it has become common even among the school going students. In the past, de-addiction centres have been run by NGOs and private owned groups, however, there will be a government-run de-addiction soon as construction is undergoing at Sunusiphai, Bishnnupur district, he added.

Biren said that to fight for a drug free society, the state government has made a policy ‘Manipur State Policy on Psychoactive Substances, 2019’ and several initiatives have been taken up under ‘Nasa Mukh Bharat’.

He appreciated people of Ukhrul, Senapati and others for taking initiatives while destroying poppy plantations on their own without the assistance of the state government. Moreover, under the state horticulture department, many alternative steps to avoid poppy plantations have been taken up.

To make a drug free society, a collective effort from both the government and public is needed, he added.
Meanwhile, Imphal East district police personnel and commandos along with personnel of 6th IRB and YADA, Keshtrigao under the supervision of SP, N Herojit marched in connection with the observation of International Day against Drug Abuse and Illicit Trafficking at the palace compound.

Lamlai police also observed the day in front of its police station.

Imphal West district police under the supervision of SP, S Ibomcha also observed the day and marched in the areas of North AOC.

Under the supervision of SP, Thoubal district, Jogeshchandra Haobijam, the day was observed by giving awareness to the public against drug use at various places of the district.

Further, under the supervision of SP, Kangpokpi district, Karthik Malladi the day was observed by marching in the Kangpokpi town.

Licensed clinical psychologist Share and Care, Imphal Miranda Yendrembam stressed on the topic ‘Impact of COVID-19 on mental health and substance use’, stated a release issued by secretary, DLSA, Senapati A Tarunakumari Devi.