During the programme, altogether 101 people got their first dose of vaccination and 48 people were tested, of which three were found COVID-19 positive. 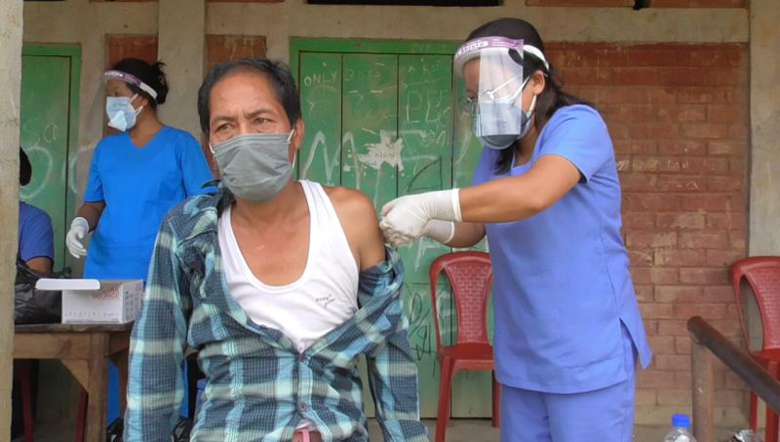 During the programme, altogether 101 people got their first dose of vaccination and 48 people were tested, of which three were found COVID-19 positive.

The special drive was an effort of the concerned MLA, Ginsuanhau Zou after it was reported that out of the 500 eligible persons only 15 got the vaccination, followed by 59 positive cases in the last mass testing with eight deaths in a span of two weeks. The MLA was accompanied by the CMO, additional SP, additional DC, Singhat SDO and other officials

During the mass campaign, Ginsuanhau said that the district administration has now declared the village as containment zone and for which he will provide 20 kg of rice each to the entire households of the village along with additional 5 kg of dal to the 27 households who are in home isolation.

CMO of Churachandpur, Dr Vumchinpau Tonsing on the occasion said that he had visited the village three times but the locals are not taking the vaccine adding that all COVID-19 positive people do not die and vaccination is the only way to lessen the fatality.

Additional SP, Florence Munloe said that normal lives have resumed in many countries as their citizens have been vaccinated. Those who post false rumours about the vaccine in social media and other forums will be punished as per law.