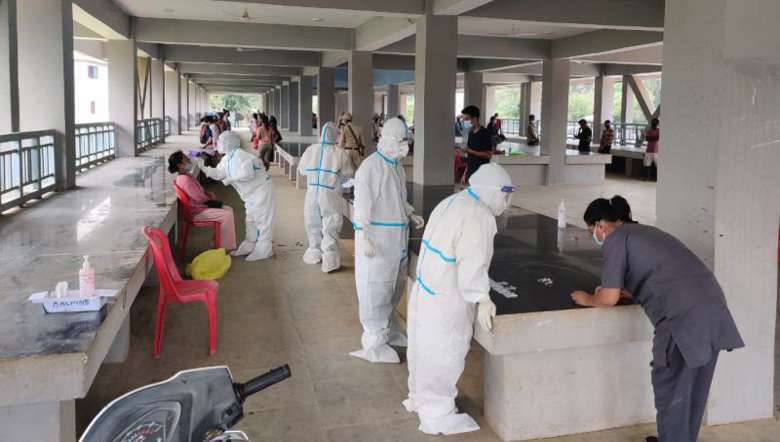 The confirmed COVID-19 cases in Manipur crossed the 67000-mark, while the death toll climbed to 1,108 with 15 more fatalities, official sources said.

Imphal West reported the highest number of daily cases at 203, followed by Imphal East at 77. Seven new positive cases were reported from Thoubal, 57 from Churachandpur, 45 form Bishnupur, 40 from Kakching, 17 from Ukhrul, 14 from Kangpokpi, 13 from Tengnoupal, seven from Chandel, six Jiribam, four from Tamenglong,  and one from Pherzawl. The other seven new cases are from the the Central Armed Police Force (CAPF), the release stated, adding that all necessary medical precautionary measures like containmeent and contact tracing are in place.

Of the fatalities recorded in the state on Saturday, Imphal East logged the highest number of daily fatalities at five. Three deaths were from Bishnupur, Imphal West and Tamenglong reported two deaths each while one death each was reported from Chandel, Churachandpur and Thoubal, the release stated.

It further added that 5,23,899 people have so far been inoculated in Manipur.