Are we doing just enough?

IFP Editorial: A short inquiry by a doctor about the past history of allergies and medications and treatment for other diseases before vaccination was indeed a necessity. In practice, nobody follows the directives or guidelines given by the health authorities. Once you get the call, you report to the designated vaccination centre, a nurse gives you the shot 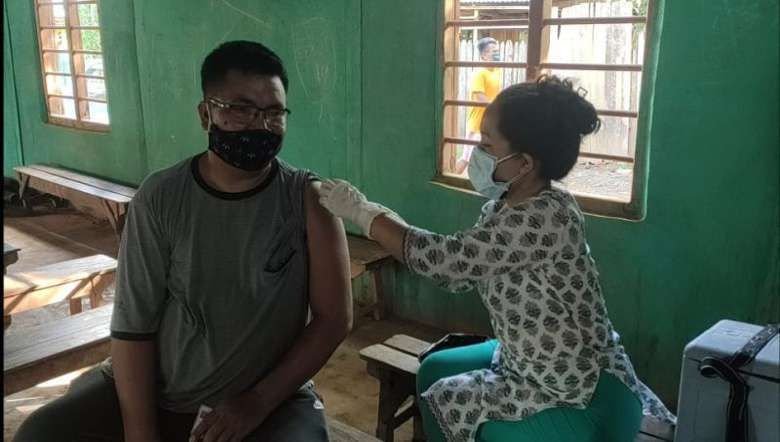 Perhaps we are not doing just enough to convince the general populace to come out willingly or voluntarily to take the Covid 19 vaccine. Yes, we agree rumours are doing around and some people are using social media to post their hesitancy and reluctance which might be due to either sheer ignorance or the deaths after vaccination and the adverse effects. The matter cannot be solved by arresting them or putting them in jail. Rather, we should be questioning ourselves as to what had gone wrong in the convincing part and what all needs to be done to convince them at all. If we look back to the history of plagues and pandemics which had ravaged the world since time immemorial, we should be thanking the scientific community of today for developing a vaccine or versions of it so fast within a year. Whether the Covid-19 virus is a product of nature or a by-product of the Wuhan lab leak theory, it does not matter for the present. All we have to be thankful now is the development of vaccines. Some of it are still undergoing trials. That is exactly why we have to respect the misgivings or concern of certain people amongst us. And the looming threat of a third wave is also driving many people to get themselves vaccinated.

Even as the Union government declared free vaccination for citizens aged 18 and above, many are still reluctant. The awareness campaigns in various forms of the media is still not getting its desired effect in many parts of country. Yet, some innovative ideas have come up to convince people to get themselves vaccinated early. An Arunachal Pradesh government officer’s offer of free 20 kgs of rice as an incentive for getting vaccinated against Covid-19 has broken through the reluctance among some residents aged above 45 years and managed to accelerate the vaccination drive in Lower Subansiri district.

Meanwhile in Manipur, an MLA has been accused of threatening to withhold the free rice quota announced by the government if one does come out for vaccination. Now, the said MLA is gifting five kgs of free rice for anyone who comes out voluntarily to get vaccinated. The state-wide lockdown and restrictions have robbed many sections of the society of their means of livelihood, which is exactly why the Prime Minister Narendra Modi had announced free distribution of rice to ease the worries of the public. But in the end, one has to understand that the present vaccination is purely voluntary in nature as per clarifications issued by the Union government. What the state government needs to seriously consider is throwing up innovative ideas to convince sections of the reluctant public so that they come out willingly for the vaccine shot. We know it is not that easy, as the state has already seen two deaths after getting the shot, besides many others in the rest of the country.

In Thoubal district, a 37-year-old teacher died hours after receiving the first dose of Covishield vaccine. This is not the first case of death after receiving the vaccine. In February this year, an Anganwadi worker in Bishnupur district died after getting the Covid-19 vaccine shot. A short inquiry by a doctor about the past history of allergies and medications and treatment for other diseases before vaccination was indeed a necessity. In practice, nobody follows the directives or guidelines given by the health authorities. Once you get the call, you report to the designated vaccination centre, a nurse gives you the shot and tells you to rest for 30 minutes before leaving the place. Nobody asks you whether you have any past allergies or health issues. Perhaps, this is the basic problem leading to deaths after taking the shot. Not everyone dies after taking the shot, but even one or two deaths is enough to scare away the rest. But, these deaths had to be scientifically explained. Now, a wider consultation is required for ideas and incentives to convince the public. In this, the cooperation of every MLA and other public leaders is required and the state government should not shy away from approaching the opposition also.