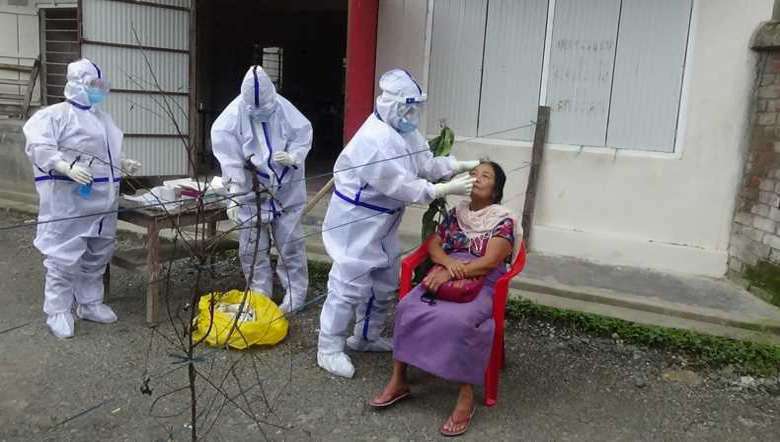 Manipur's COVID-19 active cases dipped from 9,174 on Thursday to 5,668 on Friday as the state recorded a total of 4,083 new recoveries, official sources said.

The total recovered cases have surged to 59,995, which translates to a state recovery rate of 89.87 per cent, according to a release issued by the COVID-19 Common Control Room.

The new COVID-19 positive cases included 212 from Imphal West, 101 from Imphal East, 69 from Thoubal, 54 from Bishnupur, 53 from Churachandpur, 31 from Kakching, 18 from Tamenglong, 15 each from Jiribam and Kangpokpi, seven from Ukhrul, four from chandel, three from Tengnoupal, two from Noney and one from Senapati, it stated.

Of the COVID-19 fatalities recorded in the state on Friday, three deaths were from Kakching, two from Thoubal, and one each from Imphal West, Imphal East and Bishnupur, the release stated.

It further added that 5,15,590 people have so far been inoculated in Manipur.