The farmers' agitation in the country led by SKM completed 200 days of continuous protest on June 14, stated a joint statement issued by four left parties of Manipur (CPI, CPI-M, RSP and AIFB). 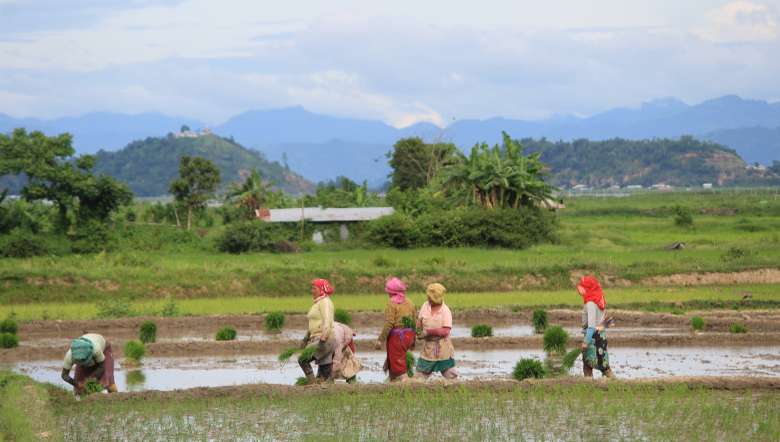 Marking the completion of seven-month (200 days) long struggle of the farmers' agitation in the country led by Samyukta Kisan Morcha (SKM), left parties in Manipur will be observing June 26 as solidarity to ‘Save Agriculture-Save Democracy’ day of the Sanyukta Kisan Morcha.

The farmers' agitation in the country led by SKM completed 200 days of continuous protest on June 14, stated a joint statement issued by four left parties of Manipur (CPI, CPI-M, RSP and AIFB).

It stated that during the occupation of main highways leading into Delhi for their demands to repeal three farm laws, and taking back the Electricity (Amendment) Ordinance, 2021 and legal guarantee for the MSP, the farmers have faced a cold winter, storms and summer.

Despite the sacrifices made by the farmers, the pro-corporate central government is bent on pushing these laws as well as the four hated labour codes, it stated.

Stating that there are several struggles, including the farmers' agitations against the undeclared emergency and authoritarian BJP regime that the country is experiencing today, it stated that even those inhabiting the small island of Lakshadweep are up against these authoritarian ways of the BJP.

It further alleged the BJP government has made a mess in countering the second wave of the pandemic.

It stated that June 26 is also the death anniversary of the legendary farmer and leader Swami Sahajanand Saraswati, a comrade in arms of Jananeta Hijam Irawat Singh. The protests on June 26 will include sit-ins and protest meetings at various places in the state, it added.

It also appealed to all units of the four left parties to reach out to all the sections of people to join hands in the ‘Save Agriculture, Save Democracy’ nationwide Action on June 26.

The press statement also added a charter of demands. The demands are to repeal the four labour codes, the three farm laws, the Electricity (Amendment) Ordnance, 2021; to give legal guarantee of Minimum Support Price (MSP) for farmer produce; to provide universal free vaccination within a specific time frame; to provide 10 kilogram free food grains per person per month to all needy and Rs 7,500 per month to every non income tax paying family every month.

It also demanded to take back the policy of privatisation of public sector enterprises and government departments; to treat as frontline staff and compensate accordingly to the government and PSU employees and others working day and night during the Covid pandemic.

It further demanded to provide Rs 50 lakh insurance to all frontline workers including ASHA, anganwadi employees, sanitation workers and give adequate compensation to the families of the workers who died of COVID-19.