BJP Sadar Hills embarked on a mass tree plantation in Kangpokpi to commemorate the event on Thursday. 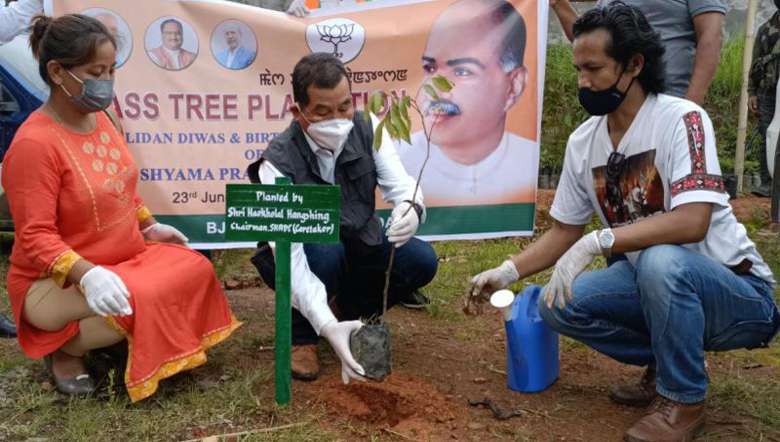 As part of the commemoration of the 68th death anniversary of Dr Shyama Prashad Mukherjee and Balidan Diwas across the country, BJP Sadar Hills also embarked on a mass tree plantation in Kangpokpi to commemorate the event on Thursday.

Different kinds of tree saplings and fruit saplings were planted inside the office campus of BJP Sadar Hills and surrounding areas.

On the sideline of the event, MLA Nemcha Kipgen said that Shyama Prashad Mukherjee was a barrister, an academician, and one of those politicians who promoted the idea of nationalism and sowed the seeds of a strong political alternative in India.

Kipgen also said that very few people would know that Dr Shyama Prashad Mukherjee was the youngest vice-chancellor of the University of Calcutta at merely 33 years of age. He laid a strong foundation for India's industrial development and the first industrial policy of Independent India which came in 1948 was stamped with his ideas and vision, she added.

The MLA said that it is important to protect the environment to ensure that the world runs smoothly and planting trees is one such measure. “We should also do something to ensure that the tree saplings we have planted today live to grow into trees and for that matter, we all should take the responsibility,” she added.