The government restrictions imposed to control the surge in COVID-19 cases have severely impacted the lives and earnings of several daily wagers across Greater Imphal. 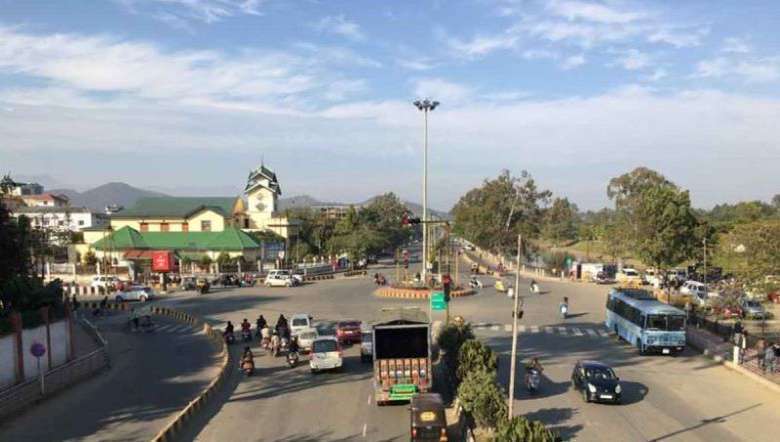 THE Manipur government on April 30 declared the entire Greater Imphal area as containment zone and imposed public curfew in the state since. Following it, thousands of families residing in the heart of Imphal city, the capital of Manipur in Northeast India, are struggling to survive with 'zero income'.

The government imposed the restrictions as the new Covid positive cases in the state began to surge with the onslaught of the second wave of the Covid-19 pandemic. The restrictions have severely impacted the lives and earnings of daily wagers such as self-employed workers, labours, street vendors, public transporters, small traders and those working in small private companies, as they could not take up daily works.

In the struggle for survival, those families with zero income and no savings during this pandemic are left with the only option to borrow cash from local money lenders with high interest rates or from friends.

The conditions of those people with zero income, who are staying in rented houses, are even worse, as they have no money to pay the monthly rent amount.

Moreover, those families who are already facing economic burden is faced with another burden - to provide school admission fees for their children, as the new academic calendar begins during June. Some of them shared their stories to this Imphal Free Press reporter.

"My second daughter, who recently got promoted to fifth standard, was removed from the school registrar as we are unable to pay admission fees for her," said one Token Oinam from Uripok, Imphal West, who is the sole bread earner of his family.

Token has been supporting his wife and three kids with the money he earned from working as a self-employed painter.

"As a father it is very heartbreaking to watch my daughter, who was excited to join the new school session, is now sitting hopeless in her bed while her classmates have started attending the online classes,” he said.

The second wave of the Covid-19 pandemic has completely disrupted Token’s work and brought it to a halt.

"Presently, I am in deep debt and struggling to provide daily meals for my family during this pandemic. Paying admission fees is beyond my means," he stated.

No one is ready to provide jobs to anyone during this pandemic and a family cannot survive by the rice distributed under the PMGKAY alone, Token said, adding there is the electricity bill to pay, to buy cooking gas, drinking water and many other things in running a family.

The financially weak families, whose income has been totally cut off by the pandemic, will face more hardship in the struggle to survive if the pandemic continues this way, he said, adding, it is like, "no education for children who belong to poor families."

Speaking on behalf of the poor families, who are unable to earn during the pandemic, Token appealed to the government to come to their rescue to survive the pandemic. The government should also instruct school authorities to provide some relaxation in school and college admission fees for poor students.

Compared to the first wave of the pandemic, the public take the second wave more seriously as the mortality rate is reportedly much higher compared to the first wave. However, street vendors have started to come out in various corners of localities and small shops are beginning to open, selling electronic items, clothes and other essential items while keeping the shutter down.

"People need money for survival and money does not come automatically. So I have to continue my business for feeding my family, breaking the government's restriction order," an owner of a mobile sale and repairing centre, who declined to reveal his identity, said while speaking to this Imphal Free Press reporter.

He said that for more than a month he followed the government's order, thinking that the government will give specific timing for opening of shops selling electronic items. Unfortunately, the relaxations were given only to grocery shops.

"As I started running out of cash and demands for mobile phone buying and servicing for joining the online classes started to increase, I started to entertain customers with the shutter down. While taking the risk, I strictly follow COVID appropriate behaviour," he added.

Considering the fact that those students without laptop need at least smart phones to join online classes and some might need mobile repairing, he asked the government to provide relaxation time for opening mobile shops and repairing centres.

"Unless and until the government takes up special measures to address the sufferings of the public during the pandemic, people will start violating the government's order in the struggle for survival," he further stated.

In another case, Anash Khan from Kshetri Mayai Leikai, Imphal East travels every late night to prevent from paying curfew violation fines in rural areas to purchase vegetables for selling it in his locality.

Anash is the lone bread earner of his family consisting of his wife and three kids. He was supporting his family by working as a salesman. However, the pandemic had cut off his livelihood.

"In order to feed my family, I have shifted my profession temporarily. However with the money I earn by selling vegetables I am not able to let my three children join online classes regularly and attend online tuition," he said.

"For online classes of my three students, we need three smart phones but my family has only one smart phone," said Anash.

In view of such problem faced by his families in children education during the pandemic, he appealed to the government to look into such matters and take up appropriate actions.

"As restriction has been imposed on opening of shops, I am running into debt to run my family and pay rent for my room and shop," said Mukesh Kumar, a barber who is staying at a rented room in Khuman Lampak.

Searching for friends who have cash for borrowing during the pandemic is one big hurdle as most of the people are out of cash, he said, adding, "If the restrictions during the pandemic continues for another two-three months, people like us whose livelihoods were cut off will starve to death."

However, as the curfew is imposed to combat the deadly corona virus, we have no choice but to follow it, he said.

"Now the faith of the poor people like us lies in the hands of the almighty," Mukesh said, adding that it will be of great relief if the government take up necessary steps for the survival of poor people families whose source of income has been hit by the government imposed restrictions.

According to the data of the Manipur IDSP status update on Covid-19 from June 1 to June 23, the state's Covid positivity rate has been fluctuating between 6.96 to 15.53 per cent and the average is 10.59 per cent.

Meanwhile, the Covid positivity rate in the national capital (Delhi), which was once a Covid prone zone, has dropped below 0.5 per cent in the last few weeks, and markets and shops have started to reopen.

However, the state does not seem to be anywhere near ending the public restriction, as the positivity rate is seen rising since last week. Moreover Chief Minister N Biren on June 18 announced that 18 Covid-19 positive cases in the state were found to be of Delta variant.