‘Taxation as a matter of right’

IFP Editorial: The Ceasefire Monitoring Group turns a blind eye to the illegal taxation going on right under the noses of the security forces, as long as it does not pose a security threat. 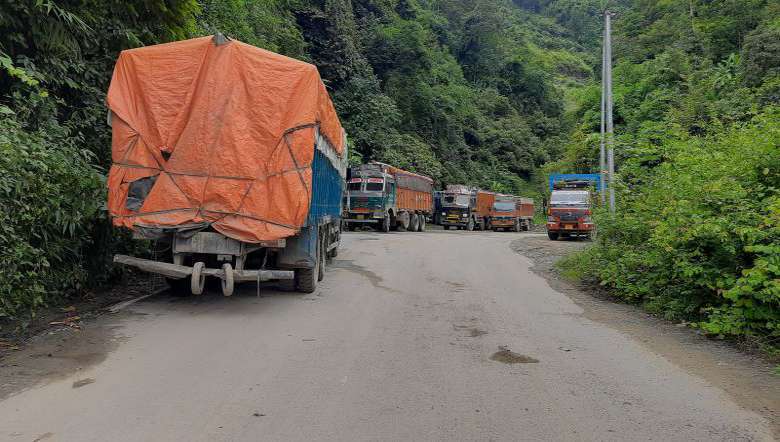 In a recent statement, NSCN (I-M) said it is pointless to level false allegations on collection of taxes by the Government of the People’s Republic of Nagalim (GPRN) adding that collection of taxes by a government from its citizens is a legitimate right. It also said that even the representatives of the Government of India who are engaged in political dialogue with NSCN leaders recognise this right.

Taxation is a sovereign function which can be exercised either by the Government of India or the State Government.

Ravi further said, all the Naga armed organisations engaged in the peace process have given a commitment against such collection.

The state of Manipur had long been a victim of the illegal taxation by NSCN-IM and other factions. Many a time, long-distance truckers are beaten up and tortured for not paying taxes, both annual and per trip, while plying on the national highways. Even though the operation of the ceasefire between GoI and NSCN-IM is ‘officially’limited to the state of Nagaland, the writ of NSCN-IM runs almost everywhere in the hill districts of Manipur. It is not only in matters of illegal taxation but in state politics also where its political front NPF has four MLAs and an MP from the Outer Manipur constituency.

On June 16 last year, Governor Ravi had written a three-and-a-half-page letter to Nagaland Chief Minister Neiphiu Rio asserting his powers under Article 371A of the constitution, proposing that henceforth important law and order decisions like the transfer and posting of officials entrusted with maintenance of law and order will be after the approval of the governor. The reason cited for that suggestion was the “unrestrained depredations by over half a dozen organised armed gangs, brazenly running their respective so-called ‘governments’, challenging the legitimacy of the state government without any resistance from the state law and order machinery” and “creating a crisis of confidence in the system”.

The governor was referring to taxation of residents in the state levied by the NSCN (I-M) and some other groups on a monthly basis. The recent assertions was the by-product of a news-report in NE Live which said that several factions including NSCN-IM has been demanding a cut from the welfare schemes like National Food Security Act (NFSA) and Covid 19 funds quoting one K Tokugha Sukhalu, Advisor School Education Nagaland. Another report had said that the IM group has demanded a five per cent cut from NFSA rice and a whooping ten per cent from rice allotted under welfare schemes meant to help the poor and needy during the pandemic in Ukhrul.

One is astonished at the sheer audacity of claiming taxation as a matter of right by the group.

Everyone knows that the NSCN groups have been collecting illegal taxation all along, before and after the ceasefire and the state of Manipur had been complaining against it. The Ceasefire Monitoring Group turns a blind eye to the illegal taxation going on right under the noses of the security forces, as long as it does not pose a security threat. Perhaps, this has led to NSCN-IM becoming arrogant in its assertions. One recalls a recent incident in Senapati when two RTI activists were kidnapped and tortured by the group for seeking an audit of the developmental funds disbursed through the Autonomous District Councils.