Sushila Chanu Pukhrambam and Sh Nilakanta Sharma have been selected in the Indian women's and men's Hockey teams respectively for the Tokyo Olympics 2020. 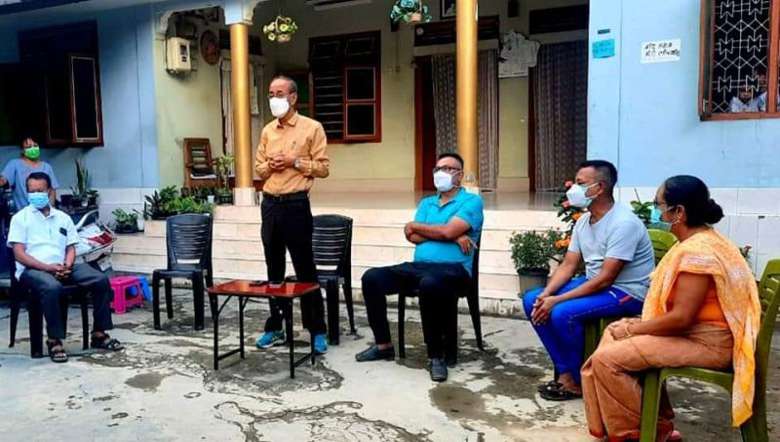 A delegation of Manipur Hockey led by Hockey India President Gyanendro Ningombam and Manipur Hockey President Basudev Singh visited the residences of Sh Nilakanta Sharma and Sushila Chanu Pukhrambam on Tuesday to give blessings to the two Olympians for a scintillating performance during the Tokyo Olympics 2021.

Later, the delegation visited the residence of midfielder Sushila Chanu at Thangmeiband where a small ceremony was held. During a conversation over the phone, Sushila Chanu conveyed her commitment to work for the best during the Tokyo Olympic Games.

Besides, general secretary of Manipur Hockey Seram Neken, other members Ch Balla and N Rameshore were also present among the delegation.

It may be mentioned that Sushila Chanu Pukhrambam and Sh Nilakanta Sharma have been selected in the Indian women's and men's Hockey teams respectively for the Tokyo Olympics 2020-21, according to S Neken.