Several student bodies met the deputy commissioner Kangpokpi on Monday to resolve the highway expansion issue, but they said the DC failed to give them any assurance. 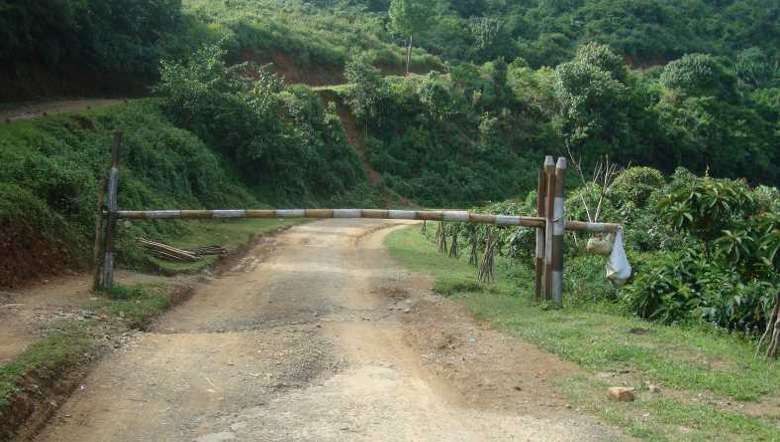 Endorsing the movement of the Asian Highway Land Affected Villages Chairmen/Chief’s Association for justice to the affected villagers of National Highway expansion, various student bodies of Kangpokpi approached the DC Kangpokpi on Monday to resolve the issue amicably.

The students’ bodies with a giant banner written ‘All Students' bodies of Kangpokpi District endorse AHLAVCCA’s demand to honour land survey by DC/LA Kangpokpi, fair and justice compensation to rightful landowners’ held a peaceful protest in front of the DC Kangpokpi office as well.

They also held placards which read, ‘Respect landowner’s rights’, ‘Don’t delay development in the state’, ‘We stand with AHLAVCCA’ etc.

Speaking on behalf of the student’s bodies, chief advisor of AMGSU Kalapahar unit Vigyan Koirala said, “As we made a gentleman approach to the DC Kangpokpi to resolve the issue of highway expansion, DC Kangpokpi could not give us concrete assurance, admitting that he is a powerless deputy commissioner. Our expectation of the DC as an administrative head of the district has become a mockery as the DC Kangpokpi himself told us he is powerless which is never expected by us.”

He said that they are now compelled to resort to any kind of agitation to make the government listen. He also said that the students’ bodies will firmly stand with the people and endorse fully any kind of movement by the AHLAVCCA for fair justice in the future.

The two student bodies in separate press releases stated that they have been carefully following the direction of the issue and fully convinced that the government has been openly challenging the rights of the rightful landowners in the highway expansion issue which they will never allow to happen.

Meanwhile, a source from the Asian Highway Land Affected Villages Chairman/Chief’s/Association stated that they are now compelled to take their course of action after discussing with all the stakeholders and affected victims and announce their next mode of agitation which may include total bandh along the National Highway 2.