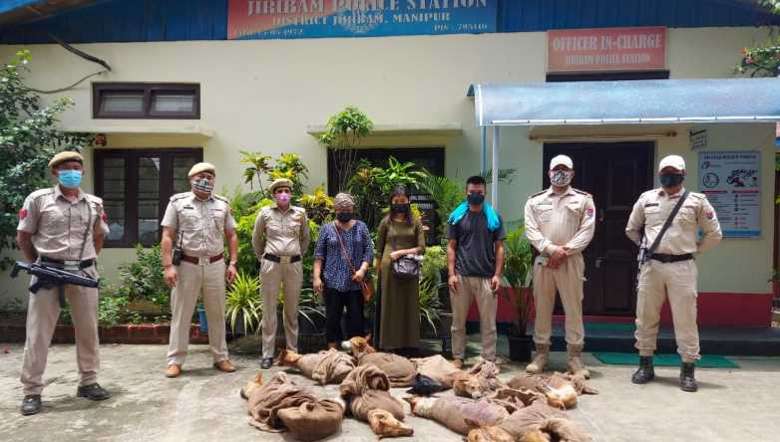 Three persons involved in dog-meat trading were arrested by a joint team of Jiribam Police and Narcotic Cell- Jiribam from Chandrapur Oil Pump area on Monday.

The vehicle bearing registration number AS11DC-5749 was detained, and a further search revealed gunny bags filled with the bodies of 10 dead dogs inside the vehicle, Jiribam police stated.

The driver of the vehicle, a resident of Sangrungpang village, Tamenglong district and two dealers, both residents of Longmai Part-IV, Noney district were arrested.

The dogs were procured from Rameaizang village in Cachar district of Assam, with the intention of selling them at Tamenglong Bazaar, the dealers admitted.

The two dealers along with the driver were arrested, and an FIR has been filed against them and legal actions have begun, Jiribam police added.