The insurgents have been handed over to Chakpikarong Police Station for further investigation, the Assam Rifles said. 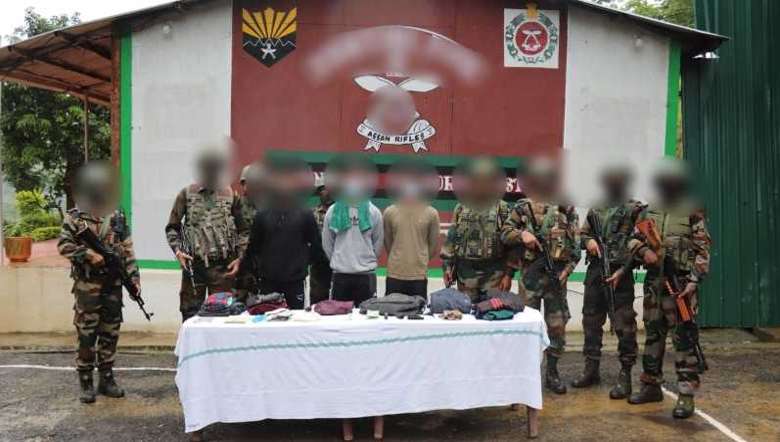 Sajik Tampak Battalion under the aegis of IGAR (South) apprehended three insurgents of PLA in Chandel district of Manipur on June 19, stated a release issued by IGAR (South) on Sunday.

Based on specific intelligence inputs, troops of Assam Rifles launched an operation which led to the apprehension, it stated. The insurgents have been handed over to Chakpikarong Police Station for further investigation, it added.

Meanwhile, Mantripukhri Battalion under the aegis of IGAR (South) organised a tree plantation drive in Imphal West district on Sunday towards promoting the ‘Go Green Initiative’, it mentioned.

The tree plantation drive was conducted with an aim to control global warming, make environment pollution free and spread awareness on the importance of a clean environment, it further stated.  As part of the initiative, saplings were planted by the troops of Assam Rifles, it mentioned.

During the event, the troops were educated about the importance of trees in maintaining ecological equilibrium, it added.