Though empowering holographic education is a mammoth task, government and big tech companies has to invest more and more in this field. 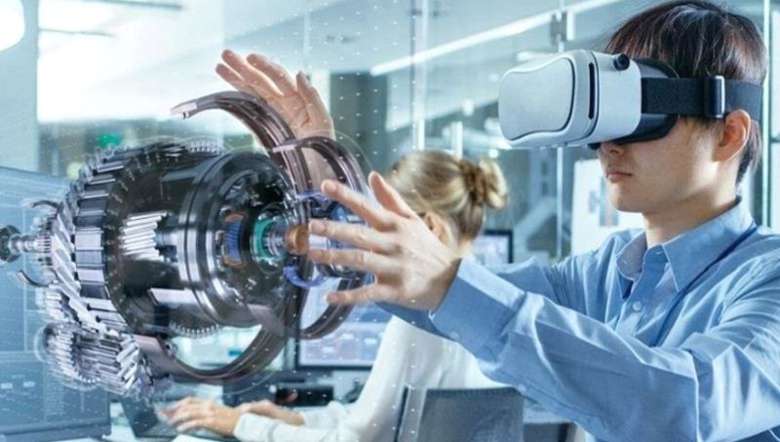 “The highest education is that which does not merely give us information, but makes our life in harmony with all existence” - Rabindranath Tagore

Technological market is growing fast in globalise world, the primordial gadgets are outdated with new version of mindboggling features. Technological market has overlapping competition, companies fuel is innovation, if not innovated in adequate time, chances of being outcast remain high. Hologram technology which is said to be one of the most efficient communication technologies. Hologram is a virtual image of an object which you can witness as realistic either floating in midair or standing nearby surface. According to a recent report published by market research future, the global digital holography market is predicted to reach approximately USD 7.5 billion the end of 2023.

The historical origin of the hologram can be traced back to mid-20th century, when British scientist, Dennis Gabor developed the theory of holography while he was working to improve the resolution of electron microscope.  Throughout the historical trajectories of hologram was inconspicuous, it is believed to be some kind of ivory tower technology unaware by the commoners. In holography, Germany had moved a step forward to comprehend a new era in circus. The animals which performed in the circus was virtual made through holography presentation, when interviewed the owner, he said that, “it is a new beginning in circus where animal is not pertinent to do acrobatic to entertain peoples”. Prime minister Narendra Modi in the past had used 3D image for his election campaign.

As pandemic hit the world every sector was wrecked, education sector was no exception. The naivety impinged academic field, but since technological development had sore up during past decades, accessible to google meet, zoom app and various other online communication accessories were possible. But one thing is missing in this arena is the appearance environment, the appearance environment plays a major role in online modes. Today when a student sits for online class faces three problems, which I called 3C (CCC) i.e., lack of concentration, lack of capturing and lack of confidence. when you sit for the class, you get distract sometimes as classroom environment is discrete from home environment, you may lose concentration. once you lose concentration you lost capturing momentum of what your teacher and professor is comprehending and when you don’t capture the phrase, you ought to lose confidence over the topic which is in the discussion. Students are finding hard time to coup up with clearing of doubts, sharing notes, brainstorming etc.

The online education would have been different paradigm, if we could have used holographic presentation for the classes. Hologram are becoming increasingly popular and they are starting to find practical application in many different fields, including entertainment, medicine and education. Hologram technology in education has been in limited use, but pandemic had shown us that in order to adapt the environment we have to keep inventing. The holographic education must be focused on microlevel, individual can sit anywhere and access the benefits of his mentor virtually. Though empowering holographic education is a mammoth task, government and big tech companies has to invest more and more in this field. India’s 2021 budget, there was no outright announcement on further investment in Artificial intelligence (AI). But it comprehensively looks machine learning in areas like finance and tax evasion. India is expected to invest $1billion in Artificial intelligence by 2023, but as pandemic is tighten its grip, will the economy of India can sustain the investment or it will be a utopia to have a holographic education in future.