On July, 18, 2001, the Central Reserve Police Force (CRPF) shot down defiant protestors defending the idea of Manipur in the heart of Imphal city, killing 14 and injuring more than 800, stated a joint release stated. 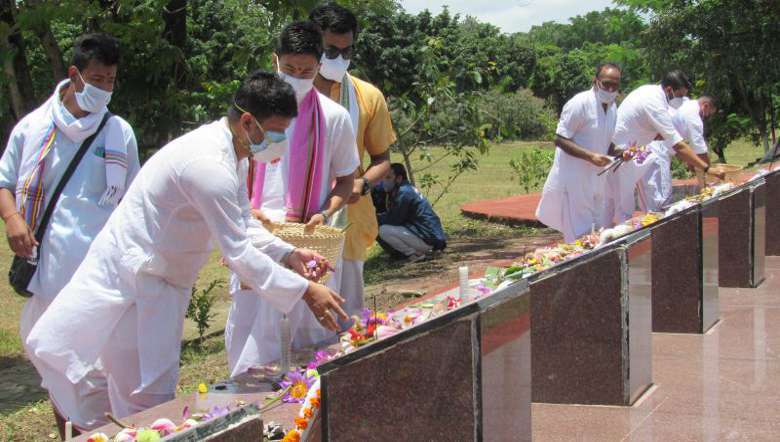 The Extrajudicial Execution Victim Families Association, Manipur (EEVFAM) and Human Rights Alert (HRA) on Friday presented the “Report of Upendra Judicial Commission of Inquiry appointed by the Government of Manipur to inquire into the incident of June 18, 2001” to the public at large.

In order to establish the truth behind the incident, the state government constituted a Judicial Commission presided by District and Session Judge (Retired) (late) C Upendra Singh, vide its notification dated July 14, 2001, the release stated. After a thorough, open and judicious process, the report was finally submitted to the state government in January 2002. But it was never placed before the cabinet or the State Assembly as required by the law, even attempts by curious citizens to obtain a copy of the report through R TI applications were summarily rejected, it added.

More than a decade later, in the course of the proceeding of the EEVFAM and Human Rights Alert (HRA) PIL, WP (Cril) 129 of 2012, seeking justice in the 1528 extrajudicial executions, the Supreme Court directed the state government to submit all the relevant Commission of Inquiry reports, it mentioned. This report was one amongst half a dozen others, so submitted. The court handed over a copy of the reports to the petitioners, it stated. The Commission categorically concluded:

“It is found that the actions of the security forces were made without any justifiable cause or it had exceeded the reasonable limits, the appropriate action should be taken up against the wrong doers and such persons should not be scot free". (Para 21 at page no. 98 of the Report)

The Supreme Court ordered, vide order dated July 14 2017, the Central Bureau of Investigation (CBI) to investigate this incident along with 38 others, it further stated. Accordingly, CBI registered a case of murder against some personnel of 81 and 121 Battalion of CRPF and proceeded with the investigation. But when the CBI submitted its Final Report (FR), dated August 13, 2020, EEVFAM and HRA were deeply disappointed to see their conclusion:

"...sufficient admissible evidence has not come on record during investigation to launch prosecution against the alleged security personnel of CRPF...," it mentioned.

It was utterly shocking to find out from the FR that the CBI could not obtain the relevant documents in connection with the incident from the state government, it further stated. As a matter of fact, the entire case-docket pertaining to this incident is stated to be missing from both the police as well as court records, it added.

Outraged by the callous attitude of the concerned officials and being suspicious if this is a deliberate attempt to conceal the critical documents by some unscrupulous elements within the government functionaries, the families of the 14 victims of the June 18 Incident petitioned the state Home department on December 18, 2020, urging to take action to recover the documents and also to take action against the erring officials, it mentioned.

“On such a grave matter of public importance, the government is simply turning a blind eye without even acknowledging it as an issue. This is simply bizarre, especially because many of the top politicians holding key positions in the present regime were one time civil society leaders at the forefront of the people's movement to preserve the integrity of Manipur who catapulted themselves to politics,” the release stated.

Anxious by the present perplexing state-of-affairs of the official institutions and driven by the compelling need to preserve the remaining pieces of evidence of this historic event, EEVFAM and HRA are reprinting the Report of Upendra Judicial Commission of Inquiry, it stated. “By disseminating this report far and wide, we are making a humble attempt to resist the diabolic attempt, if there is any, to distort the truth of this great people's uprising,” it added.