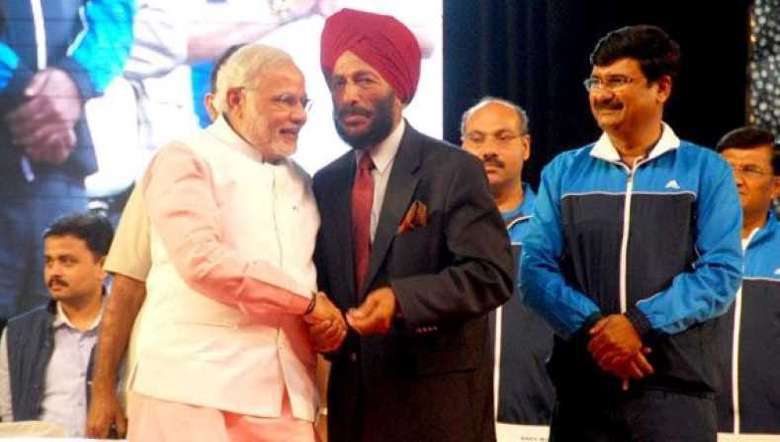 India’s sporting icon and Padma Shri Milkha Singh died Friday after suffering from COVID-19. He was 91.

Following the news of the death, Prime Minister Narendra Modi expressed anguish at the great loss and condoled the death in a series of tweets.

"I had spoken to Shri Milkha Singh Ji just a few days ago. Little did I know that it would be our last conversation. Several budding athletes will derive strength from his life journey. My condolences to his family and many admirers all over the world." the prime minister tweeted.

Milkha was detected with Coronavirus a month ago and was admitted at PGIMER hospital, Chandigarh on June 3. He was finally tested negative for the virus on Wednesday. However, his condition deteriorated on Friday evening and breathed his last around 11.30 pm, according to reports.

“In the passing away of Shri Milkha Singh Ji, we have lost a colossal sportsperson, who captured the nation’s imagination and had a special place in the hearts of countless Indians. His inspiring personality endeared himself to millions. Anguished by his passing away,” Modi tweeted.

The sprint legend is survived by his golfer son Jeev Milkha Singh and three daughters. He had lost his former national volleyball captain wife, Nirmal Kaur, to COVID-19 on Sunday. She was 85.

Milkha Singh was honoured with the Padma Shri in 1959 for his several sporting achievements both at home and beyond - 77 wins out of 80 races. Apart from representing the country at Olympics, he brought home gold four times at the Asian Games. He was also 1958 Commonwealth Games champion. He was the first Indian athlete to win an individual gold in a Commonwealth Games.