As many as 603 more persons tested positive for COVID-19 in Manipur in 24 hours. 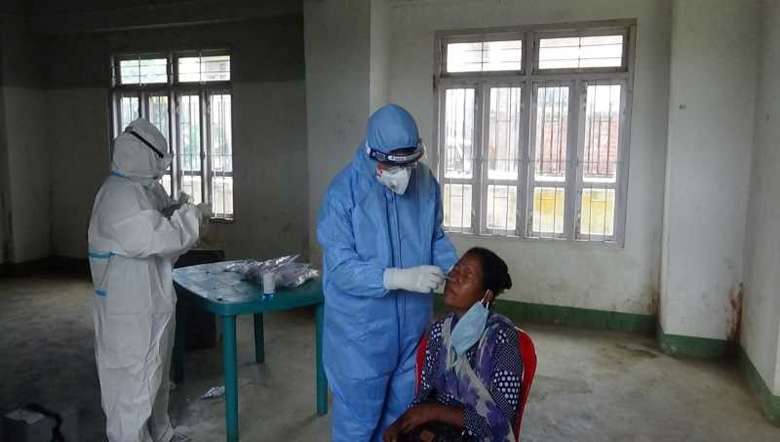 COVID-19 death toll in Manipur on Friday mounted to 1,033 as 12 more persons succumbed to the infection in a span of 24 hours, while 603 more persons tested positive for COVID-19 during the same period, as per the latest updates from the state health department.

Of the COVID-19 fatalities recorded in the state on Friday, seven deaths were from Imphal West, two from Imphal East and one death each from Bishnupur, Churachandpur and Kakching, a release issued by the COVID-19 Common COntrol Room stated.

The new COVDID-19 cases included 600 from the general population and three personnel from the Central Armed Police Force (CAPF), it stated.

Among the new COVID-19 positive cases from the general population, 187 new cases were from Imphal West, 119 from Imphal East, 78 from Churachandpur, 58 from Kakching, 44 from Bishnupur, 43 from Thoubal, 17 from Tamenglong, 11 from Chandel, eight from Jiribam, two each from Senapati, Kangpokpi, and Nony; and one each from Kamjong and Tengnoupal, the release stated.

It further added that the total number of people who have been inoculated in Manipur reached 4,85,122.