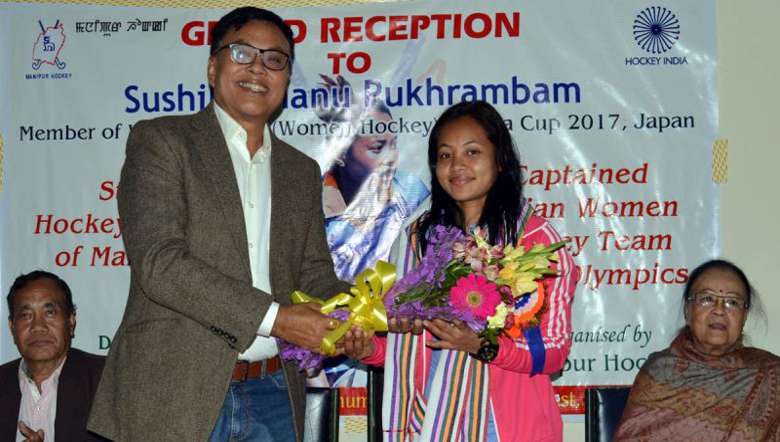 Midfielder Sushila Chanu Pukhrambam made the cut to the final squad of Indian hockey team for Olympic Games 2020, Tokyo.

The final 16 players squad of Indian Hockey team for the summer Olympic Games 2020 at Tokyo was announced on Friday.

Sushila Chanu is the lone player from Manipur to feature in the Indian squad for the Tokyo Olympic Games and Manipur Hockey have expressed happiness over her selection for the mega event in Japan.

It may be mentioned that this is the third occasion that India Women Hockey has reached the Olympic platform with the previous appearance in 1980 and 2016.

Congratulating the Indian team, Hockey India president, Gyanendra Ningombam said, “Over the past few years, leading to this summer Olympic Games at Tokyo, the women's team has worked very hard to achieve their current form. I am confident that this team will give a tough competition to any opponent. I wish them all the very best for their preparation and performance at the upcoming Olympic Games 2020.”

Eight players including Rani, Savita, Deep Grace Ekka, Sushila Chanu, Monika, Nikki Pradhan, Navjot Kaur and Vandana Katariya have featured in the 2016 Olympic squad as well. These eight players have a mammoth total of 1.492 caps for Indian team and will be a key figure for the quest of glory in Olympic Games 2020 at Tokyo as well.