Director RIMS professor A Santa Singh handed over a certificate of appreciation to the blood donors in the camp. 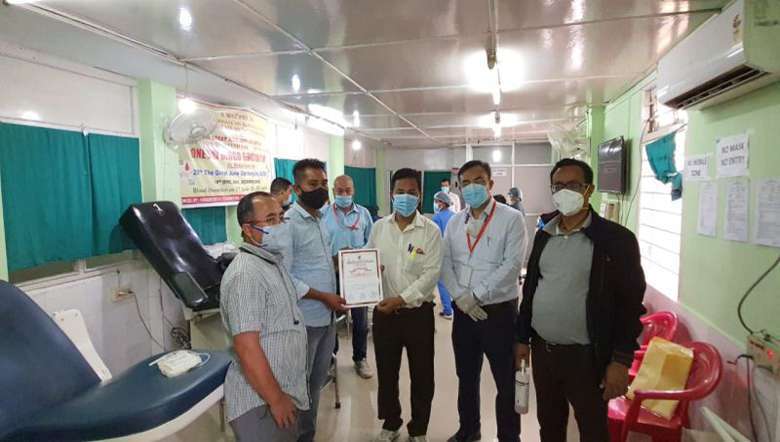 Speaking during the camp, RIMS diector professor A Santa Singh expressed gratitude to AMUCO and UCM for organising the blood donation camp and said the blood received from the donation drive will benefit many patients.

Professor Santa also handed over a certificate of appreciation to the blood donors in the camp.

Chairman of the observance committee Pheiroijam Nando Luwang said the blood donation camp had also been organised in the past so that the donated blood can be of help for those in need.

On Wednesday, the observance committee of the Great June Uprising Unity Day had declared that the day would be observed only by the observation committee, families of June 18 martyrs and leaders of civil voluntary organisations in view of the COVID-19 pandemic.