Following a PIL filed against non-release of MGNREGS fund, the Manipur High Court issued a notice to the commissioner of the state Finance department and the SBI branch manager. 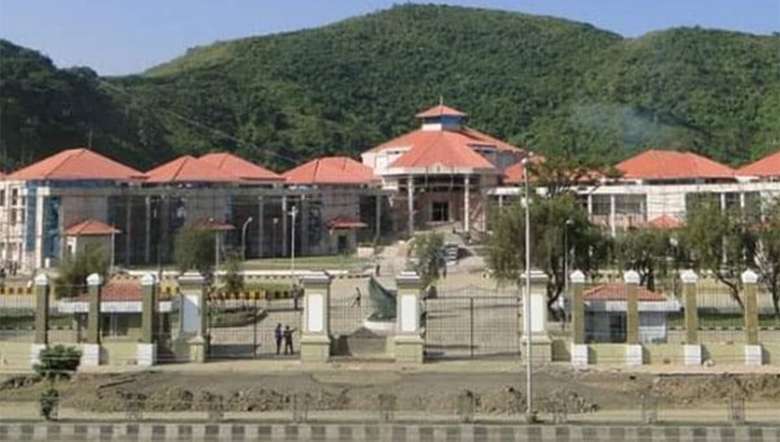 The Manipur High Court on Tuesday impleaded the commissioner of Finance department and the branch manager of SBI, Imphal Secretariat Branch as respondents of a PIL filed against the alleged non-release of MGNREGS fund.

A notice returnable on July 14 has been issued to the commissioner and the branch manager by a division bench of the high court comprising chief justice Sanjay Kumar and justice Kh Nobin after the petitioner's counsel sought time to implead the Finance department in the hearing of the PIL.

The reply affidavit dated June 14 filed by the respondents (the chief secretary, the commissioner and the director of RD and PR) in response to an additional affidavit of the petitioner was also taken on record during Tuesday's hearing.

Earlier on May 18, the division bench had directed the additional advocate general to ascertain as to whether the required action has been done in terms of the sanction order, and the reply was returnable by June 7.

During the June 7 hearing, the division bench was dissatisfied with the reasons filed by the counsel on behalf of the respondents; however, it granted the time to file its reply returnable by June 15.

The PIL was filed by one Seram Neken, who is a Zilla Parishad member of Imphal East. It prayed the court to issue rules and call for records and also to issue a writ of the like nature for an appropriate direction to the authorities concerned to strictly comply with the guidelines of MGNREGS.

In the PIL, it is stated that the ministry of Rural Development had sanctioned Rs 485,50,75,000 to the state government on March 18 for payment of liabilities for MGNREGS works.

As per the sanction order and the MGNREGA guidelines, the state government must transfer these funds along with the state share to the State Employment Guarantee Fund for programme implementation within three days positively from the date of receipt of these funds and in case of non-transfer beyond this period, the central government may be constrained to stop further releases. Besides, the state government would be liable to pay interests at 12 per cent for the period of delay beyond the specified period, it stated.

The PIL also stated that the Panchayati Raj Institutions of Manipur resorted to agitations demanding the release of funds, even in the form of two-day general strike.

Meanwhile, the state government released a partial amount of Rs 180 crore out of the total sanctioned amount of Rs 485,50,75,000 to the districts on April 29, it added.

It sought the reason from the department concerned of the state government for the alleged non-release of funds in time and as per guidelines. The division bench had fixed July 14 as the next date for hearing of the PIL.