One 51 inch para-mortar bomb was found at Tuinom village, Churachandpur district on June 13 by some villagers in the jungle while searching for mushrooms. 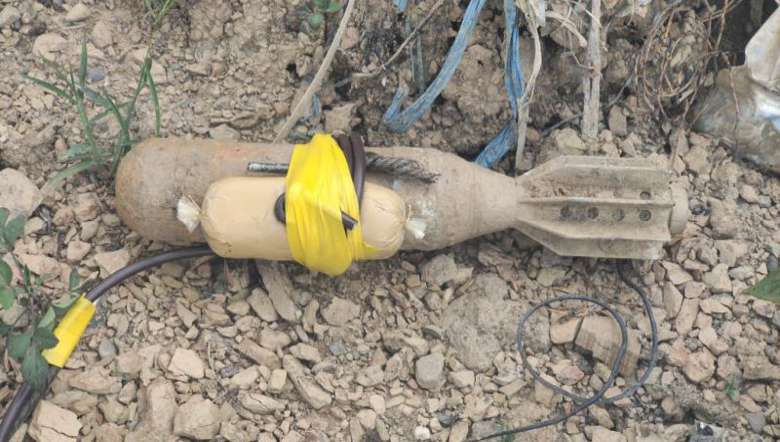 Churachandpur police along with a team of bomb disposal squad from Imphal disposed off an unexploded bomb at Khuga Dam waste site on Monday.

According to Churachandpur police, one 51 inch para-mortar bomb was found at Tuinom village on June 13 (Sunday) by some villagers in the jungle while searching for mushrooms and they reported to the police. The bomb was safely disposed of and the explosion was prevented, it added.

On the other hand, a team of Churachandpur Women Police team arrested one drug peddler from the area of Tuibong Peace ground. The drug peddler was identified as Rempui, wife of Lienthang of Hmar Veng on Sunday. The team recovered 140 WY tablets from her possession for which  FIR No.65(6)2021 CCP-PS u/s 22 ND and PS Act was registered and further investigation is on, said the police source.

The police team also disposed of 87 litre of DIC liquor, which was seized earlier from the Old Bazaar area under the supervision of senior officials, it added.