Manipur Pradesh Congress Committee (MPCC) has now demanded a probe into why the central BJP leaders were not restricted by any COVID-19 related guidelines and protocols. 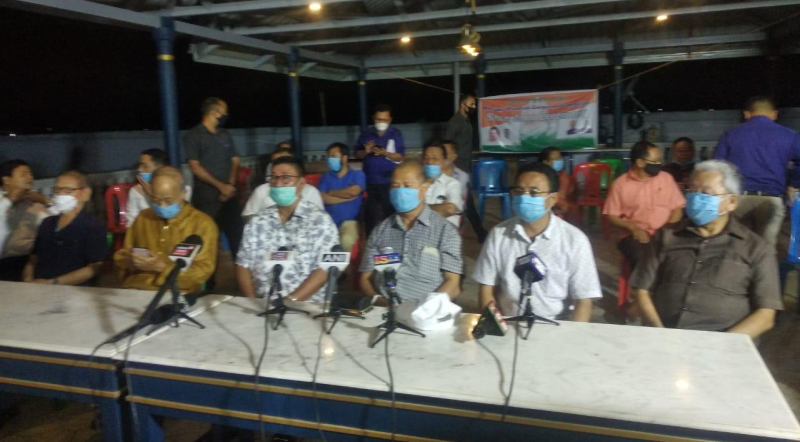 The Bharatiya Janata Party (BJP) expectedly won the loneRajya Sabha seat in Manipur with 28 votes. BJP candidate Leishemba Sanajaoba defeated Congress candidate T Mangibabu by a margin of four votes. Reacting to the news, BJP leader Ram Madhav on June 19 tweeted that the Congress could not win the Rajya Sabha seat in Manipur. Yet, the party went to the governor claiming they had the majority in the Assembly. He also unexpectedly disclosed that Congress leaders Ajay Maken and Member of Parliament Gaurav Gogoi entered Manipur disregarding COVID-19 related guidelines and protocols and that both the leaders had been “promptly quarantined by the state health authorities”.

Perhaps reacting to the different rules that was applied to BJP central leaders who also visited the state, the Manipur Pradesh Congress Committee (MPCC) has now demanded a probe into why the central BJP leaders were not restricted by any COVID-19 related guidelines and protocols when they too visited Manipur in the wake of the tussle between the Congress-led formation and the legislators supporting the N Biren Singh-led government. Vice president of MPCC Kh Ratankumar on June 22 demanded swift investigation by the state health department on whether or not the BJP central leaders followed quarantine protocols when they reached Imphal.

Speaking at a press meet, Ratankumar also questioned the government if there were any separate and unwritten protocols for visiting BJP leaders in the state. To monitor the present political scenario of the state BJP leader, Hemanta Biswas Sharma and Rajat Sethi came to Manipur on June 18 and departed on Saturday last. MPCC says that it has photographic evidence that the two BJP leaders met various state BJP leaders.The MPCC vice president questioned as to whether or not there were separate guidelines for BJP advisors or if there were any unwritten guidelines for the BJP and asked the health department to clarify the matter immediately.

The MPCC also took exception to Ram Madhav mocking the two central Congress leaders who came to Manipur but had to be quarantined when they arrived in the state. The MPCC vice president clarified that All India Congress Committee (AICC) member Gaurav Gogoi and former union minister Ajay Maken were not forcibly kept under quarantine but they voluntarily quarantined themselves by following existent protocols

The two leaders reached Imphal on June 19 in a charter plane after taking permission from the Manipur government, he said. The two of them have been quarantined at Imphal Hotel till date as per protocols of the government to avoid spread of COVID-19. Even though the state government provided securities for the two Congress leaders in Manipur, the MPCC revealed and strongly condemned the BJP-led state government for showing partiality during the pandemic.

Politics apart, if the allegations of the MPCC is found to be true, then the authorities who are responsible for such acts should indeed clarify as to why there were exceptions to the rules when it comes to people who are close to the ruling regime. The same authorities may claim that there was a situational difference between the two groups of political leaders visiting Manipur amid the pandemic and apparent political crisis of sorts. However, political observers and watchers sure know there may not be any clarification as they are used to tiptoeing and skirting relevant questions.