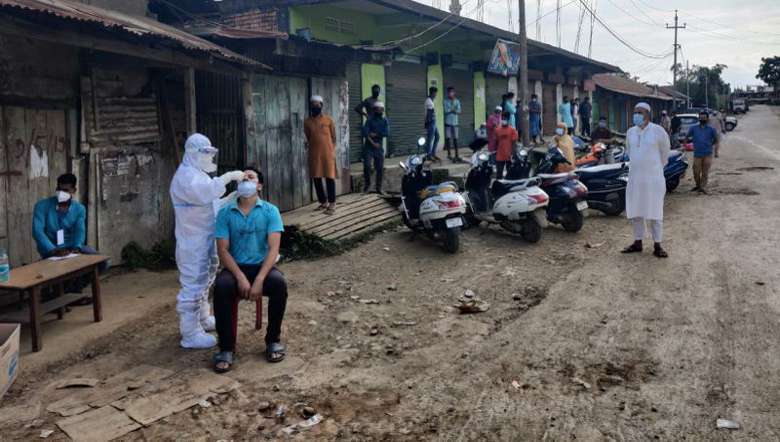 Days after the state witnessed a downtrend in daily COVID-19 tally, Manipur on Tuesday recorded a spike of 785 new COVID-19 positive cases, taking the cumulative number of COVID-19 confirmed cases in the state to 61,096. The death toll also neared the 1000-mark as eight more patients succumbed to the infection in a 24 hours period, as per the latest update by the state health department.

The state's COVID-19 death toll stands at 998 as of Tuesday. Imphal West reported four deaths, while Imphal East, Kakching, Kangpokpi and Chandel reported one death each, a release from the COVID-19 Common Control Room stated.

Of the new COVID-19 positive, 772 persons were from the general population while 13 cases were from the Central Armed Police Force (CAPF), the release stated.

The positive cases from general population included from 309 Imphal West, 114 from Imphal East, 65 from  Churachandpur, 62 each from Thoubal and Bishnupur, 52 from Kakching, 34 from Jiribam, 22 from Tamenglong, 20 from Ukhrul, 14 from Chandel, 11 from Senapati, four from Noney, two from  Kangpokpi and one from Tengnoupal, as per the release.

Meanwhile, a total of 4,72,857 people have been vaccinated so far, the release added.