The latest attack raises more questions about the nature of Chinese border policy and the dynamics of future India-China relations… Effectively challenging China’s comprehensive national power will require much more than a national perception that India is led by a strong leader. 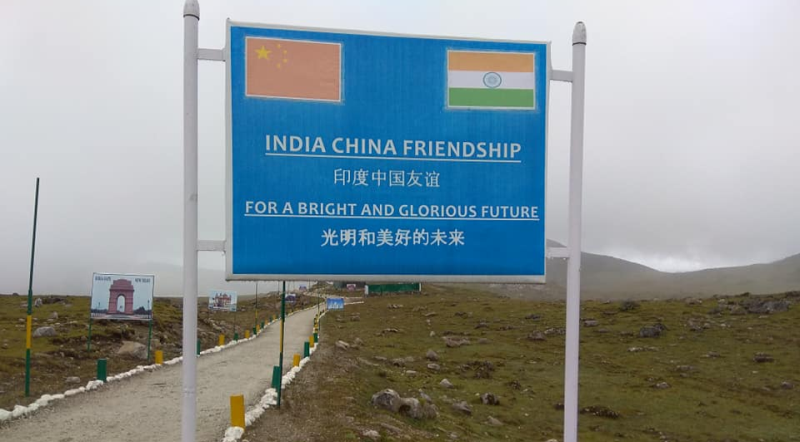 On June 16, soldiers of India and China had a violent clash at the strategic Galwan Valley in Ladakh – a newly created Union Territory of India. The site of the attack was the least disputed region along the Line of Actual Control (LAC). The Chinese attack and the resultant killing of 20 Indian Army men sent shockwaves across India and also within New Delhi’s strategic corridors. For more than four decades, the two Asian neighbours have managed to restore a relatively peaceful environment along the international border though occasional standoffs arising out of Chinese aggression occurred. The latest attack raises more questions about the nature of Chinese border policy and the dynamics of future India-China relations.

Historically speaking, both Asian powers stood up against colonial exploitation and have a common legacy to rise against imperialism. For India, China was very much a part of India’s first Prime Minister Pt Jawaharlal Nehru’s Asian vision. It was a rising Asian power ready to stand up on its own alongside India. Despite various exchanges of letters between the two prime ministers – Nehru and Zhou Enlai - in the 1950s, explaining to each other the differences in their conceptions of the international border, India could not perceive China as a serious threat to its sovereignty and geopolitical interests.

Taking full advantage of India’s benign perception about China, Chairman Mao decided to launch an attack on India in October 1962 at the same region of the LAC – Ladakh (Western sector). An unprepared Indian side had to concede a large chunk of the Indian territory – Aksai Chin. Since then, the Indian armed forces have modernized their combat preparedness to a new level.

Between 1962 and 2017, India and China faced multiple skirmishes. Majority of

these happened along India’s Eastern sector – roughly covering the state of Arunachal Pradesh and Sikkim in the northeastern part of India. Notable standoffs occurred in Sikkim (1967), Arunachal Pradesh (1975), Chumar (2014), and at the tri-junction Doklam (2017).

The Doklam standoff, an example of China’s intrusion and aggressive maneuvres, was subsided after the India-led resolution mechanism was laid out. However, the death of 20 soldiers in the hands of Chinese Army-men could not be subsided. In fact, the latest attack galvanizes enough anti-China sentiments within India which will have serious ramifications in the security, economic, and trade policies of both countries, especially India’s.

Strategically, China’s border clashes with its neigbours have hidden strategies. Many times, as with Kazakhstan and Mongolia, China’s border strategy harps on claiming a disproportionate portion of territory lying across the shared borders. As time passes and when China realizes that its opponent has in no position to challenge its claim, China settles its border issue with its neighbours peacefully in its favour, thereby emerges as a kind and benevolent power. This includes claiming non-disputed or least-disputed territory, as with India, of its neighbor and compelling its opponent to tone down against it claims.

China’s border strategy with India appears to have been guided by two principles. They are engagement and reliability.  While engagement relates to India’s enthusiasm to understand China’s global ambitions, reliability relates to the ability to join China’s grand network of ‘like-minded countries’. Thus, the border issue with China is not to be ended soon.

China will use it as a tool from time to time to challenge any geopolitical decision/strategy of India that it feels does not suit its interests. The objective of China’s strategy is to gain more than what it genuinely claims at the beginning of the dispute.

The latest attack on the Indian Army appears to have executed with a clear intention to challenge the established status-quo along the LAC. There are reasons to show that China is prepared for a 1962-style border War with India. First, the attack appears to have been executed by well-trained special PLA forces; and second, satellite images immediately before the day of attacks show that there were several reinforcement vehicles arranged on the Chinese side which logically debunk any claim of spontaneous clashes between the two sides.

A Premeditated Attack by China

There are enough evidence that the attacks on Indian soldiers were pre-planned. Major reasons behind such brutal attacks orchestrated are listed below:

1. Corona Virus WHO:  The COVID-19 pandemic has ravaged economies of major powers, including that of the United States. The suspicious against China, where the pandemic originated, led to a US-led 62-nation coalition for a thorough investigation into COVID-19 origin and the role of China. This has not gone down well with China. China is not happy to know that India is a part of such a coalition.

2. Indo-Pacific: India’s geopolitical interests in the Indo-Pacific region syncs well with other major powers such as the US, Japan, and Australia. China has concerns over India’s closer military alliance with the US, its membership in the QUAD, and

Quad plus groupings. The fact that India is very much a part of a larger US-led containment strategy against China in the Indian and Pacific Ocean region does not bode well with China.

3. Hong Kong National Security Bill: The new China-scripted Bill will curb free speech, protests, and could curb voting rights for many residents in Hong Kong. The most concerning issue is that it will give the right to extradite any Hong Kong to mainland China effectively. China had sought international support, including that of India’s support to win. China sees India as a threat to what it considers an internal matter.

4. India-China Border Dispute: India has been protesting and refused to be part of

China-Pakistan Economic Corridor (CPEC) project on the basis that the roads built under the project encroached upon India’s territorial claims which are illegally occupied by both Pakistan (PoK) and China (Aksai Chin).  Besides, India is not part of China’s ambitious grand strategy – One Belt One Road (OBOR) Initiative.

The Galwan attacks is a warning for India to change its course of engagement with the not-so-peaceful neigbouring power.  The traditional soft posture employed by India needs deep introspection. The appeasement policy is to be dropped. The Wuhan-spirit has failed. India’s relationship with China will never be the same again. The brutal assault and killing of jawans should constantly serve as a reminder for policy-makers that Beijing’s rise is not peaceful and its quest for territorial expansion will not be stopped at Galwan Valley. India must show its national strength. Effectively challenging China’s comprehensive national power will require much more than a national perception that India is led by a strong leader.