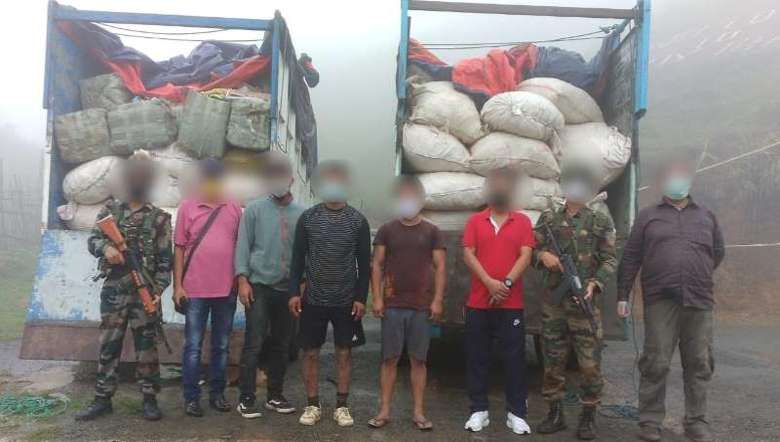 Chandel Battalion AR apprehended a group of smugglers near Angbreshu village in Chandel district on Sunday, stated a release issued by IGAR (South).

Troops of Assam Rifles acting on specific intelligence reports had launched an operation near the Indo-Myanmar border, it stated.

During the operation, the troops intercepted two vehicles near Angbreshu village and seized smuggled items worth approximately Rs. 1.21 Crore, it stated. The seized items along with the vehicles and the apprehended smugglers have been handed over to the customs department for further investigations, IGAR (South) added.