Joint Committee on COVID-19, Sekmai mentioned that the RAT mobile testing was launched in May 14 at Kanglatongbi Hindi Secondary.School and Sadar Patel High School, Khurkhul. 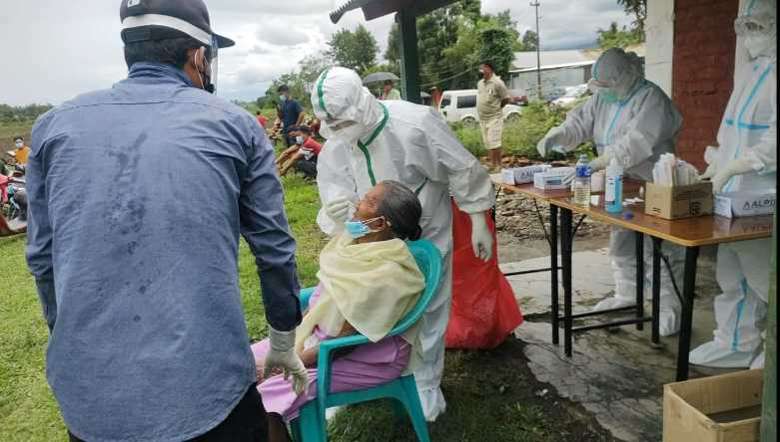 A release issued by Joint Committee on COVID-19, Sekmai mentioned that the RAT mobile testing was launched in May 14 at Kanglatongbi Hindi Secondary School and Sadar Patel High School, Khurkhul.

It said that during the RAT mobile testing drive, a total of 323 were tested positive. The COVID-19 infected people were admitted at CHICs opened at various areas of the assembly constituency.

On Sunday, RAT mobile testing drive was conducted at Kadangband, Khurkhul, Tera Urak, Senjenbam and Lairensajik. During the drive, elderly persons and expecting mothers were also tested at their respective residences, it added.

MLA Dingo who is also co-convenor of the committee told in a voice note that the testing drive will be continuing in the entire assembly constituency and appealed to the people to cooperate as early detection can defend from the virus infection.

He said that the testing drive will be conducted at Loitang Khunou LP school on Monday.