The new COVID Care Centre set up at Kongba in Imphal East is equipped with oxygen concentrators and oxygen cylinders. It will be manned by 12 doctors, 14 nurses and nine multitasking staff. The centre would be used for treatment of mild symptomatic positive patients. 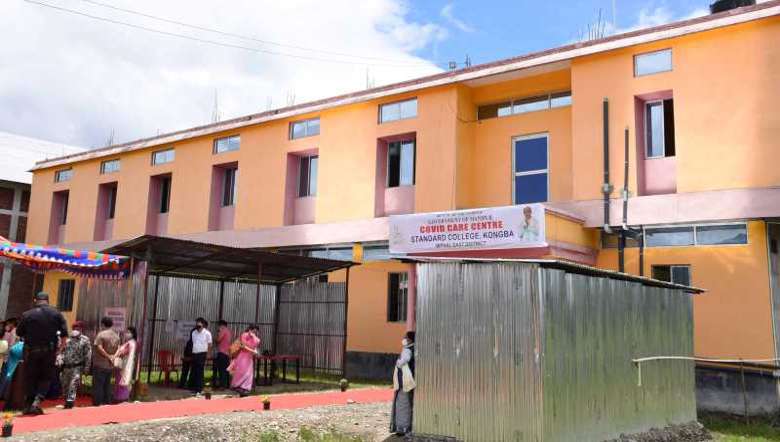 The centre which is equipped with oxygen concentrators and oxygen cylinders will be manned by 12 doctors, 14 nurses and nine multitasking staff. The centre would be used for treatment of mild symptomatic positive patients.

At the occasion, N Biren said the recent sudden jump in the COVID-19 mortality rate was mostly due to the co-morbidity of positive patients and therefore, the state government had been making arrangement for increasing ICU beds with ventilators to take care of such patients and make every effort to save their lives.

Mentioning that the rate of vaccination in the state is high with nearly six lakh people vaccinated till now and many people had also continued to turn up to get vaccinated, he appealed to the public not to believe in any misleading and false rumours regarding the vaccine and its effects.

Regarding the Makru Bridge which was a long awaited dream of the people of Manipur, he said that the construction of the bridge had been fully completed. The government is waiting for the completion of its curing period to inaugurate it so that heavy vehicles could go through the bridge at the time of inauguration, he added.