The NPP MLAs’ visit to the national capital comes a day after NPP chief Conrad Sangma and NEDA chief Himanta Biswa Sarma’s visit to Imphal, who held a series of meetings with the NPP MLAs and Chief Minister N Biren Singh among others. 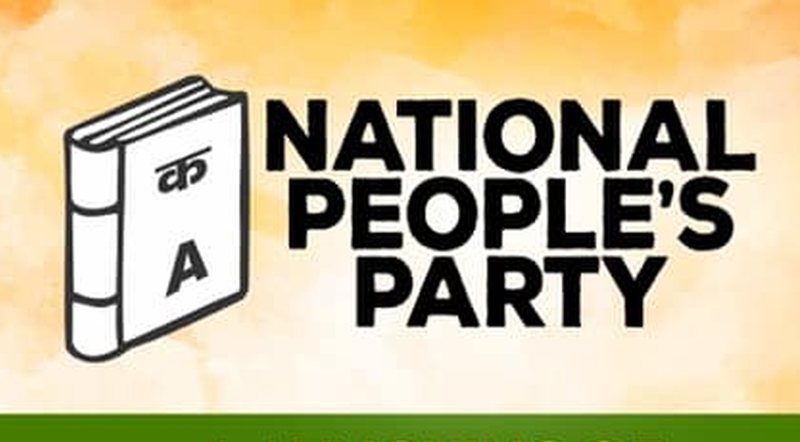 According to reliable sources, the four MLAs left Imphal late Tuesday around 5 pm by a special chartered flight along with NPP chief Conrad Sangma. They were reportedly invited by Union Home Minister Amit Shah with regard to the political crisis in the state, the sources added.

The NPP MLAs’ visit to the national capital comes a day after Sangma and NEDA chief Himanta Biswa Sarma’s visit to Imphal, who held a series of meetings with the NPP MLAs and Chief Minister N Biren Singh among others.

A source from the NPP said Sangma and Sarma were in Imphal to persuade the four NPP MLAs to rejoin the BJP-led coalition.

Unconfirmed sources said that Sangma and Sarma hinted the MLAs on the possibilities of a leadership change in the present government.

Quoting Sarma, some of the national dailies have reported that the political crisis in Manipur is under control. A handful, however, even reported on “architectural change” to save the coalition.

In a similar note, speculations are doing the rounds on the possible rejoining of NPP MLAs to the BJP-led coalition but at the condition of change in leadership.

However, contrary to what it seems, some are speculating that not all the four NPP MLAs are against (willingly) the government.

Since the announcement that NPP withdrew its support, two of its four MLAs (other than Y Joykumar Singh and Jayantakumar), have been missing in action. Although the two have reportedly tendered their resignations in social media, but have not appeared in all the press conferences held in the Congress camp.

The NPP, one of the major allies of the BJP-led coalition, withdrew its support to the government along with the lone TMC MLA and an Independent MLA. The same day, three BJP MLAs also resigned from the party. In all, nine MLAs, including three MLAs who left the BJP, left the coalition and rendered the BJP-led government a minority.

A day after the visit of the two leaders, NPP leader L Jayantakumar Singh on Monday said that Sangma will support the decision of the NPP MLAs if it is in the party’s interest.

The same day, NPP Manipur unit president Thangminlien Kipgen issued a statement explaining why they withdrew support to the BJP-led government. Kipgen termed the government "authoritarian" and said the NPP was always left out in major decision-making processes.

After the nine MLAs staged a walkout from the BJP-led coalition, the N Biren Singh ministry has now 18 BJP MLAs supported by four Naga People’s Front (NPF) MLAs and one Lokjanshakti party MLA.

Manipur has 60-member House. But, with the recent disqualification of eight MLAs under the anti-defection law by the Manipur Speaker, it has been reduced to 52 members at present.