Curtailing freedom of expression amid COVID pandemic by government - Is it within the ambit of law?

The failure of the Indian Government to handle the pandemic has made the citizens bear the worst coronavirus surge in the world. And, instead of listening to its citizens and bearing accountability for its lapses, the state is bent on prohibiting people from even talking about it on social media. 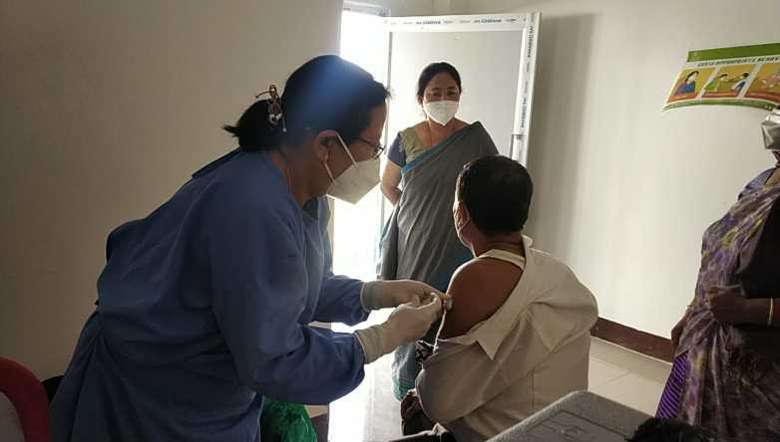 WE saw a video from Nashik, Maharashtra from a man by the name of Arvind Sonar who had received second dose of COVID-19 Vaccination, after which he was reported to have acquired magnetic powers which enabled him to stick metal objects (spoon, plates, etc.) onto his body. The said news then began doing rounds in national news channels as well. Immediately, doctors from Nashik Municipal Corporation visited the person and said that they will investigate the matter. But he wasn’t arrested. Why should he be arrested?

The same day yesterday, we saw a Facebook post from one Irengbam Amu, aged about 35 years, S/o late Ranjit Singh of Thangmeiband Meisnam Leikai. In the said video, he is seen showing that his mother (who had received COVID-19 Vaccine) could stick metal spoon onto her body (to be specific on her right hand, near the shoulder). But today, when I woke up and read the newspaper, it was reported that the said person had been arrested by the police personnel of Imphal Police Station on the charges of spreading false news about COVID Vaccine. It is well known to the netizens that nowhere in the video, the said person had spread any false news about COVID-19 Vaccine. He had only shown that his mother, after receiving the COVID-19 Vaccine was able to stick metal objects, onto her body, in the same way, the said person Arvind Sonar from Nashik had shown in his viral video. So, why has Irengbam Amu been arrested? He had only expressed his opinion and shared his personal experience.

The vaccines produced by India (COVISHIELD and COVAXIN) have not been able to appeal to all the general public. Still, most people are afraid of taking COVID Vaccine shots. Why? Because, we have seen and read many cases of side-effects, leading to death, even. Also, the Government is not able to make a clear stand on the gap/time period to be given between 1st dose and 2nd dose. So, it is quite obvious that people are hesitant to take COVID Vaccine shots. The government, on the other hand, cannot compel any individual to get vaccinated. It is an individual’s choice. It is a matter of personal liberty to make these decisions. Hence, expressing one’s concern or views with regard to the current COVID Pandemic situation or the Vaccines, through social media or through any other means, is not unwarranted.

In the recent developments from the judicial experts of India, it has been opined that no person shall be arrested or detained for expressing his/her opinion, related to the COVID-19 Pandemic, in social media sites. The clear reason that such expression of opinion is for an outlet from the anxiety caused by the COVI-19 Pandemic.

In earlier instances, the BJP-Led Government of India reportedly directed Twitter and other social media platforms to remove over 100 posts and URLs criticising India’s handling of its second nationwide COVID-19 wave. It forced social media companies, especially Twitter, to stifle expression which has become a hobby of the government as previous instances of social media censorship suggest. This can be understood as a form of ‘digital authoritarianism’, in the face of the government’s threat of punishment if social media companies don’t obey. Also, recently, we have heard and read about Uttar Pradesh Chief Minister Adityanath wherein he had warranted the use of the draconian National Security Act, 1980 (NSA) against people spreading “rumours” about oxygen shortage in the state (incidentally, between 2018 and 2020, the Allahabad High Court has quashed 94 of the 120 detention orders filed under NSA).

The Constitution of India has guaranteed each and every citizen of India (including people of Manipur, to be specific in the instant case) the fundamental right to freedom of speech and expression under Article 19(1)(a), which has been again restricted on the basis of grounds provided in Article 19(2) which reads as “Nothing in sub-clause (a) of clause (1) shall affect the operation of any existing law in so far as it relates to, or prevent the State from making any law relating to, libel, slander, defamation, contempt of Court or any matter which offends against decency or morality or which undermines the security of, or tends to overthrow, the State.”

Basically, it means that freedom of speech and expression is limited to the extent that it does not jeopardise (i) the interests of sovereignty and integrity of India, (ii) security of the State, (iii) friendly relations with foreign States, (iv) public order, (v) decency or morality or (vi) in relation to contempt of court, (vii) defamation or incitement to an offence.

Has the viral video posted by Irengbam Amu disturbed the public order? Has it resulted in indecency or immorality or has it resulted in incitement of any offence by any person, whatsoever)? The answer is straight NO. So, it is crystal clear that the video posted by Irengbam Amu does not go beyond the limit of jeopardising (i) the interests of sovereignty and integrity of India, (ii) security of the State, (iii) friendly relations with foreign States, (iv) public order, (v) decency or morality or (vi) in relation to contempt of court, (vii) defamation or incitement to an offence. He had expressed his opinion and this right of expressing one’s opinion cannot be curtailed as per the provisions of Article 19(1)(a) because it is also not violative of Article 19(2) of the Indian Constitution. Thus, it is pre-empt that the State Government, instead of arresting Irengbam Amu and causing mental harassment and torture, must have given medical attention to his mother and must have conducted a thorough medical examination (like in the case of Arvind Sonar of Nashik, Maharashtra).

However, instead of taking up civil-minded precautionary measures, the State government has simply acted heretically. It is also known to the whole world that the failure of the Government of India to handle the pandemic has made us bear the worst coronavirus surge in the world. However, instead of listening to its citizens and bearing accountability for its lapses, the State is currently bent on prohibiting people from even talking about it on social media. It is thus, a question as to how we are to continue living in such a condition where there is an unwarranted use and exercise of Law, targeting public/people who speak or express anything against the government.

In this drastic time, it is the duty of the government, especially the elected members and bureaucrats that they come up with new measures and steps to lessen the burden of COVID-19 pandemic and not to take measures for curtailing fundamental rights of citizens. The Courts, especially the Apex Court and the Hon’ble High Courts need to review the provisions of the constitution and apply their judicial minds and consider whether such exercise is sustainable or not.