IFP Editorial: Where does the logic of possessing a Covid-19 negative certificate issued two-three days ago hold water? If at all the state government is serious about it, a circular as to the validity of a negative certificate must be issued along with reasonable justifications. 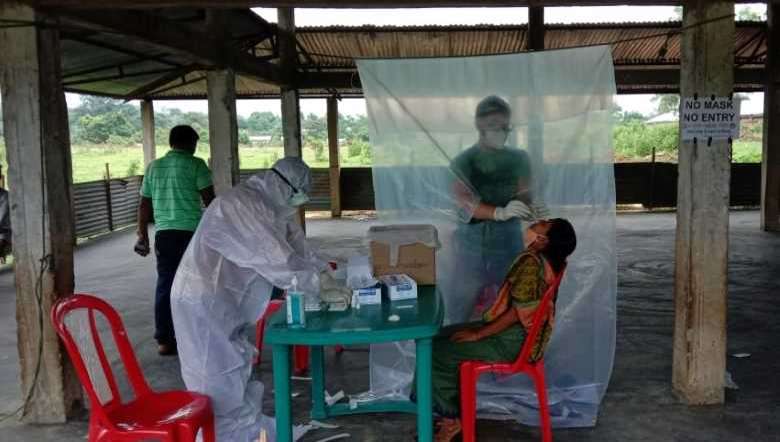 THERE had been cases of staff of some medicine wholesalers in Imphal testing positive for Covid-19 in the first wave, leading to closing down of many pharmacies in the state capital. While it left many customers in the lurch, the pharmacy owners had also a valid reason for closing down lest they be blamed by hyper-active imagination among the general public. Many of those who have had contact with the wholesalers had to go and test themselves before opening again equipped with negative results. Even when the pandemic was raging after the outbreak, pharmacies have always been opened for the benefit of the general public, especially those with chronic ailments and public access to life-saving drugs. Besides the pharmacies, the milkmen are also allowed to daily cater to the public demand. And the grocers, wholesale and retail, and vegetable sellers in small pockets were allowed on appointed days in public interest, despite the curfew restrictions. Now, petrol pumps and some selected business establishments are allowed while the secretariat is functioning with minimum staff.

The other day, pharmacies across the state were closed due to the death of the president of Manipur Chemists and Druggists Association, Ningthoujam Ibochouba, due to Covid-19 complications and it left many people in the lurch, especially those coming out to buy medicine for heart and diabetic patients as well as life-saving drugs. On that particular day, the deputy commissioner of Imphal West conducted a verification drive in certain areas of Imphal West district covering pharmacies, petrol pumps and other business establishments and they found that majority of the vendors doing business could not produce Covid-19 negative certificates. The erring establishments were asked to close down with an instruction to get themselves tested at nearby testing centres.

Surely, there must be a logic to the state government in taking up such an exercise. But, it has to be explained and be able to convince the general public.

When the state government first issued a directive for owners and salespersons of pharmacies to hold Covid-19 negative certificates, concerns were raised as to the question of the validity of such negative status certificates. We think the concerns were valid as it is a daily business for the pharmacy owners and salespersons and they come in daily contact with customers whose Covid-19 status is not known nor could they demand Covid-19 negative status from the customers. At the least, they could refuse to service customers who do not follow Covid-19 appropriate behaviour or those without masks. The point is, the pharmacy people as well as the oil pump staff and permitted business establishments or for that matter officers and minimal staff attending office at the Secretariat are possibly exposed to the virus everyday from contact with the general public.

In such a scenario, where does the logic of possessing a Covid-19 negative certificate issued two-three days ago hold water? If at all the state government is serious about it, a circular as to the validity of a negative certificate must be issued along with reasonable justifications without which it is confusing.

Without that, one would be compelled to get tested everyday which is near to impossible. Perhaps, another way could be in demanding certificates of first dose or full vaccination for carrying out any business. The same dictum should apply in the case of government establishments also.