Foes or Friends of the Hill People?

At a time when the Hill is slowly progressing towards normalcy, the Chalwa incident re-instill fear in the minds of the public and mistrust of the security forces. 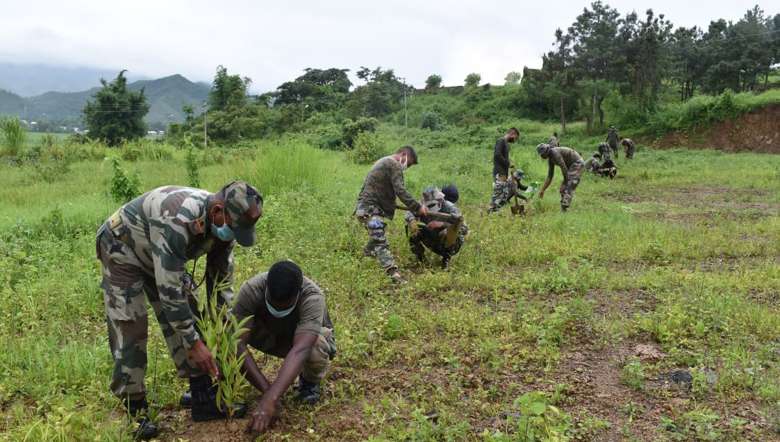 ‘The commander of 44 Assam Rifles Banglabung shot me,’ said Mangboilal Lhouvum of Chalwa village, Kangpokpi District, Manipur in a feeble voice even as he endured the excruciating pain of bullet wounds in his abdomen. ‘Tell us the name of the commander who shot you,’ yelled a person, and he replied, ‘Alok.. Major Alok shot me.’ These last words of the latest victim of an alleged fake encounter perpetrated by the so-called ‘Friends of the hill people’ were video-recorded while he was taken to Kangpokpi District Hospital. The father of four and a daily wage earner, who was allegedly shot by the Major of 44 AR E Coy on the 4th of June 2021, succumbed to his wounds before they could even reach the hospital.

There have been numerous incidents of fake encounters in Manipur involving both the state and central security forces. In fact, families of more than 1500 victims of fake encounters have formed an organisation- Extra-judicial Execution Victims Families Association (EEVFAM). For more than a decade now, EEVFAM has been fighting for justice by demanding fresh inquiries, punishment of the guilty security personnel, and compensation to the victims’ families. Situations, however, improved in recent years, post the signing of SoO with various rebel groups. At a time when the Hill is slowly progressing towards normalcy, an incident such as this reincarnates fear in the minds of the public and mistrust of the security forces.

Incidentally, a year ago, another innocent victim, Thangboi Lhouvum from Kangpokpi District had lost his life soon after he was handed over to the police in ‘black and blue’ condition by the 38 Assam Rifles. He too was branded a member of the Kuki Revolutionary Army, an allegation the KRA had denied outrightly. A pertinent question that naturally arises now is- if the time has finally come to relook the draconian colonial law- AFSPA. The logic behind the removal of the law from the valleys and the application of it in the hills when most of the hill-based militants are under SoO throws an uncomfortable question; is the silence and timidity of the hill people their biggest mistake that rendered them, scapegoats?

The clarification made by the PIB (Defence Wing) circulated widely in print and social media that Mangboilal Lhouvum was killed in an encounter in self-defense is baffling beyond comprehension. Even if the innocent man is presumed as a member of the Kuki Revolutionary Army as alleged, for argument’s sake, why was an operation conducted when there is a suspension of operation? Is there any complaint or intelligence input of any threat to civilians or the security forces? How authentic is the allegation of the victim as member of a militant organisation when the said organisation clarified that all the names of the cadres are with the Government and there is no relationship whatsoever with the deceased? Why was the victim left on his own after being shot if it actually was an operation as claimed by PIB? These are some uncomfortable questions credible answers to which the PIB (Defence wing) and Assam Rifle would find it hard to manufacture.

In the past instances, alleged fake encounters committed involved or were assumed to involve mainly the non-officer ranked soldiers. That gives no justification for their detestable acts but rather a lamentable feeling of abhorrence for the lack of requisite behavioural training for the erring personnel. An Officer Training Academy (OTA) or an Indian Military academy (IMA) passed out officer, however, junior and inexperienced he might be, is expected at the least to possess a basic understanding of human rights, especially the right to life of an innocent person.

Such an audacious act of shooting an innocent civilian at point-blank by an officer in broad daylight reveals two things; either the officer is mentally unstable or he is inadequately trained to the level that he has no respect for the lives of innocent people. In any case, the man with no gentlemanly trait of any kind is unfit to represent the Indian Army as an officer. He is a disgrace to the men in uniform, the likes of whom are responsible for the decline in public’s trust in the security forces; the cowardice act such as this overshadowed all the initiatives taken by the security forces to bridge the gap of trust with the local people.

The Chalwa incident cannot be a chapter that is casually closed with the payment of financial compensation to the victim’s family; the memorandum of understanding between AR, GoM and CSOs was mainly due to the laudable efforts of CSOs to smother public anger that could culminate into a serious law and order situation.

The incident should not be swept under the carpet as just another case of fake encounter devoid of disciplinary actions being awarded to the erring official; the concerned authority should initiate a high-level inquiry into the whole episode and introspect on their overall strategy and design of their activities in the region. Repetition of such incidents has the breakneck capability to create another Kashmir in Manipur.

If the Assam Rifles truly desires to establish friendship with the Hill people, the emergence of a man like Major Alok should cease and desist from their ranks and files; apart from serious introspection, it will take an effort more humane than planting trees, cleaning roads, and holding medical camps. What is required of them is to ensure the security of the civilians and not unleash fear among them; above all, not to shoot innocent civilians.