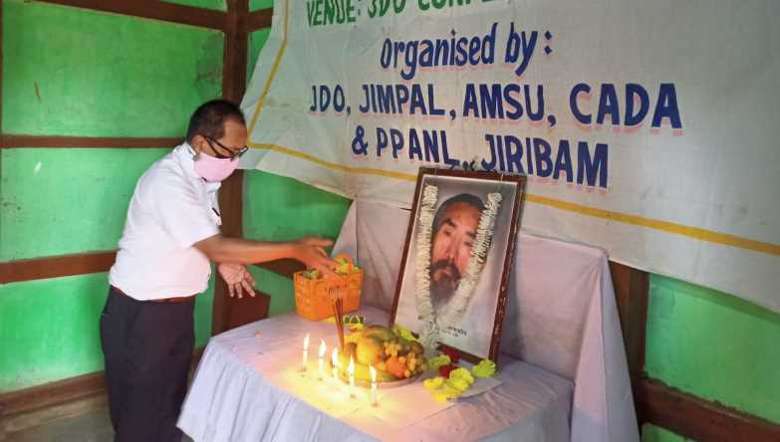 As annually observed across the state and various other places outside Manipur, the 21st death anniversary of Arambam Samarendra was observed at the conference hall of Jiri Development Organisation (JDO), Jiribam on Thursday.

In regard to the observance ceremony, president of JDO Sadananda Meitei said that this time, the observation ceremony could not be organised on a grand scale in view of the second wave of the COVID-19 pandemic situation. Instead, the observation was held low key by following the SOPs issued by the state government. “Only two or three representatives from each organisation attended the event and paid homage to the late leader by laying floral tributes in front of his statue,” he said.

The void left in the state by the demise of Arambam Samarendra, 21 years ago still remains unfilled to this day, Sadananda Meitei said. He further expressed hope that the observation can be held on a larger scale next year. “May JDO be able to follow in the footsteps of the great public leader and fulfil his dreams and aspirations for the welfare of the masses,” he added.