NEHU Affairs: War of words between teachers and VC continues

The NEHU Teachers’ Association (NEHUTA) has slammed Prof. Srivastava for terming the recent NEHUTA election for the tenure of 2020-21 as unconstitutional, null and void. 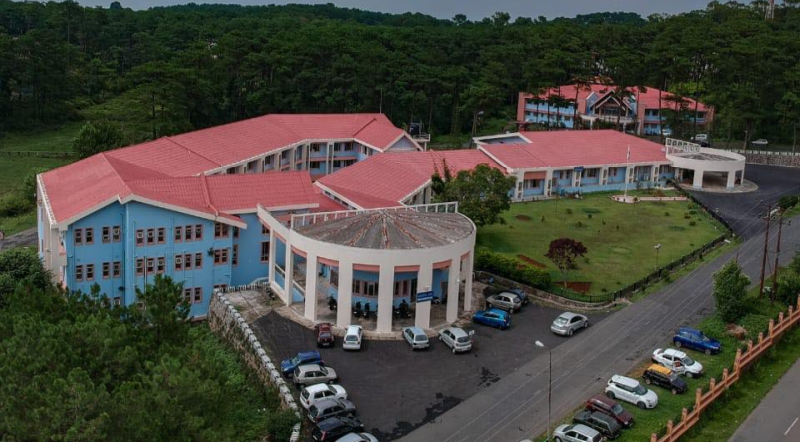 War of words between teachers of North Eastern Hill University (NEHU) and the vice chancellor of the university Prof. S K Srivastava continues.

The NEHU Teachers’ Association (NEHUTA) in a statement issued here has slammed Prof. Srivastava for terming the recent NEHUTA election for the tenure of 2020-21 as unconstitutional, null and void.

“He has no power to interfere suo motto in the functioning of an independent association. He is citing Statute 44 wrongly to create hindrance in the constitutional functioning of a legally set up association with the agenda of silencing the watchdog body of teachers so that his administrative, financial and other misdeeds are not brought to the notice of authorities and the public,” NEHUTA said.

NEHUTA also alleged that the incumbent vice chancellor has been working in an autocratic manner and his activities during the last four and half years have brought down the image and academic standards of the University in an unprecedented manner.

The teachers’ body also said that deliberate misrepresentation of NEHU statutes and NEHUTA Constitution by Prof. Srivastava is aimed at creating hindrances in the functioning of the watchdog body of NEHUTA and a likely strategy to get the second term as vice chancellor of this premier university “in spite of abysmal inefficiency and failures to serve NEHU and get laurels for it.”

NEHUTA also said that before the completion of the term, the previous NEHUTA executive committee as per Regulation 2 (2i) of the constitution recommended the composition and constitution of the election committee which was based on the decision of the first general body meeting.

It also said that the composition of the election committee was approved in the general body meeting conducted online.

“Thus, the notification dated May 29, 2020 is fully as per the constitution of NEHUTA. The election was smoothly conducted as per constitution. The result was declared and NEHUTA executive committee for 2020-21 took charge on June 19, 2020,” NEHUTA said adding that the unilateral declaration by the vice chancellor that the term of the executive committee had expired is baseless.

“The provision for the continuance of the incumbent executive committee is provided in the very Clause-8 itself. That is why, to hide that fact the vice chancellor has not given the full Clause-8,” NEHUTA said.

It also accused Prof. Srivastava of failing to conduct regular meetings of the University Court and Board of Research Studies (BRS).

“These two bodies, namely, Court and BRS are extremely important without which the university cannot move. Even till date not a single BRS meeting has been conducted by him. The conduct of University Court meeting is very important as the financial matters and annual report of the university are discussed here, and only after its approval in the Court it is sent to the Parliament. However, the vice chancellor deliberately did not conduct any meeting during the last four years of his tenure. Only one meeting of the University Court was convened last year only after the repeated insistence by NEHUTA. Thus, this implies that the vice chancellor has not only violated the statutory provision but has misled the houses of Parliament,” NEHUTA said.

NEHUTA also alleged that in the cases of the appointments of Heads or Deans, the vice chancellor has been working on the principle of ‘pick and choose’ bypassing the rule of seniority which has led to a lot of professional dissatisfaction and demoralisation among the academic community.

“The removal of two heads of department is another example of dictatorial activity in which he removed them for the time being, without asking for any explanation or enquiry,” it added while seeking proper investigation into Prof. Srivastava's “malafide action” to harm the NEHU and its stakeholders.