The injured IRB personnel, Thokchom Sachi of Thoudam, Thoubal district, is attached to a special police commando unit stationed at the Power house of Rengpang. 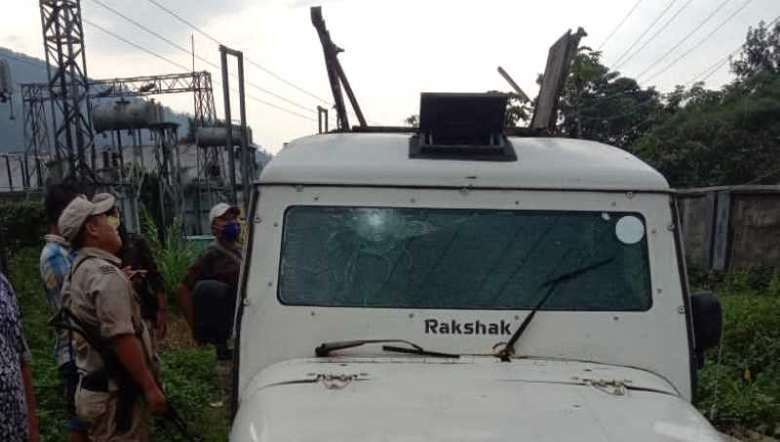 A jawan of the 2nd IRB was injured when suspected militants attacked the vehicles carrying a patrol team of security personnel in Rengpang village under Noney District on Wednesday.

Police sources said the incident occurred around 4 pm under the jurisdiction of Nungba Police Station. The injured IRB personnel, Thokchom Sachi of Thoudam, Thoubal district, is attached to a special police commando unit stationed at the Power house of Rengpang.

It is learned that the security team comprising of two patrol vehicles carrying special commando carried out frisking and checking at Rengpang Bazaar in connection with the visit of DIG Range- l and lll Themthing Ngasangva of Manipur Police who came to inspect a Rest House for Police that was newly being constructed at Nungba and another Guest house at Noney.

After DIG Themthing left Rengpang village and left for Khoupum at around 4 pm, the commando personnel in two vehicles (A gypsy and a Rakshak) also headed towards the Power house, police said.

However, before reaching their station, about 2 km from the Power house, the suspected militants reportedly fired lethods followed by indiscriminate firing towards their vehicles. During the ambush, 2nd IRB rifleman Thokchom Sachi of Thoudam, Thoubal district was driving the Rakshak, and he received injury on the side of his stomach. However, it is yet to be ascertained whether the injury was caused by a bullet or a splinter.

Around seven bullets hit the Rakshak while the battery of the Gypsy was destroyed though no other casualties were reported, as per sources.

On the other hand, DIG Themthing had reached Khoupum Police Station and returned to Imphal around 5.15 pm, sources said.

Police sources said that cadres of NSCN-IM are suspected to have carried out the ambush.

Meanwhile, the injured IRB rifleman has been admitted to JNIMS. An additional force of Manipur Police team had been sent to the area where the ambush took place.