The PIL has been filed in the Supreme Court of India stating that the centre proceeded with the delimitation without correcting the erroneous data. 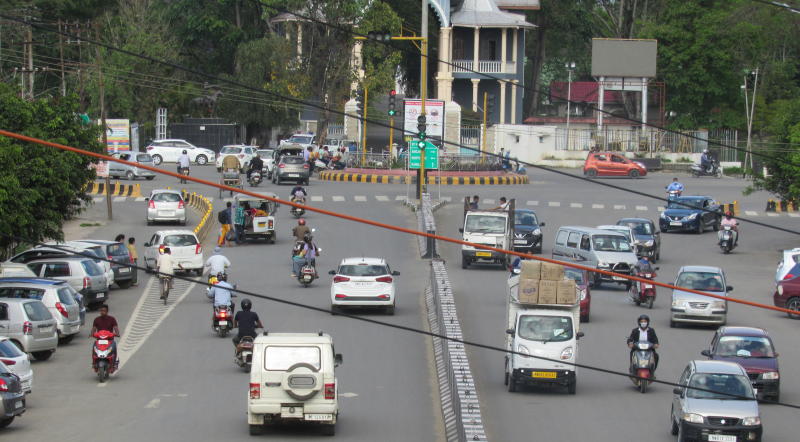 Social worker Noorul Hassan of Kshetrigao filed a Public Interest Litigation (PIL) in the Supreme Court of India against the centre on the delimitation exercise in Manipur based on data published of the Census 2001.

Addressing a press meet held at his residence at Kshetri Awang Leikai, Noorul Hassan said that the PIL has been filed in the Supreme Court of India stating that the centre proceeded with the delimitation without correcting the erroneous data. This delimitation exercise has violated the fundamental and constitutional rights of the people of Manipur, said the PIL.

It also urged the Union of India to first authenticate the 2001 census data through Aadhar verification before conducting the delimitation exercise.

Noorul Hassan said it is widely believed that delimitation based on 2001 data is “forged, manipulated and bogus”. 60% of the total Manipur’s population lives in the four valley districts and 40% of the total Manipur’s population lives in five hill districts (of which 24% consist of Naga tribes and 16% consist of Kuki-Zo tribes). The extent of manipulation can be gauged from the fact that in the nine sub divisions of the hill districts, the population growth rate was reported to be over and above the average population growth rate for Manipur at 30% and the variation was in the range of 41% to 169%.  There was public outrage when such manipulated data was sought to be utilized for demarcation of territorial constituencies for state assembly and parliamentary elections, he said.

“Now, without rectifying the bogus data and taking advantage of the relative tranquility in Manipur has caused a resumption of the delimitation process based on 2001 census bogus data. The delimitation exercise is likely to result in transfer of a few constituencies from the thickly populated Manipur valley districts to the sparsely populated hill districts”, Noorul Hassan said.

He mentioned that the Gauhati High Court rendered its judgment in 2007 invalidating the census 2001 figures as bogus and directed for recounting of the population heads. However, there was massive agitation and unrest in Manipur after which the government of India was compelled to suspend the process of delimitation.

The centre has transgressed constitutional norms at the altar of political expediency, Noorul Hassan pointed out. The constitution of India in articles 81, 82, 170 and 330 envisages equal participation and representation for all citizens based on the population residing in a given territorial constituency. When the population data with regard to the residents of a given territorial constituency is manipulated or inflated, the outcome would be a skewed representation in the state assembly as well as in the Lok Sabha. This will change the delicate power equation in the state, he said.

The population of each state shall be as published in the 2001 Census. Article 330 provides for reservation of seats for Scheduled Castes and Scheduled Tribes in the House of the People out of the total number of seats reserved for a particular state, depending upon the proportion of population of Scheduled Caste and Scheduled Tribes to the total population of the state, Noorul Hassan pointed out. The population of a state is to be taken based on the 2001 Census. Pursuant to Article 82, the Parliament enacted the Delimitation Act, 2002 for implementing the provisions in regard to Articles 81, 170 and 330 of the Constitution of India.