When party becomes the centre of attention in politics, it is sure to bounce back from the idea of serving the people. 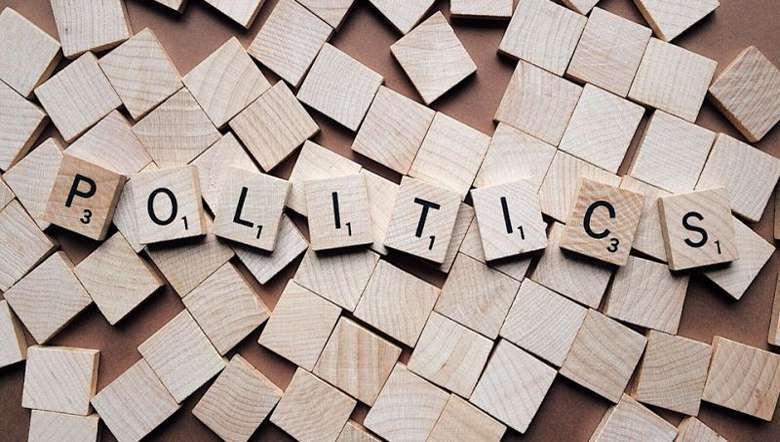 SIR John Dalberg Acton, 8th Baronet, a prominent historian and liberal Member of the Parliament, UK, of the 19th century, remarked, “Power tends to corrupt, and absolute power corrupts absolutely”! When a person has ‘power’ over people or things, it makes him/her corrupt. Power has the ‘power’ to morally destroy the nature of the one who holds it. It fills one with arrogance, which ultimately knocks one down. No doubt, power is the sure way to corruption. ‘Politics’ is the means to gain power. It often involves ‘highhanded’ ways. One’s own self becomes the focal point in life. It goes to the point of self-absorption. Everything else matters hardly anything. No wonder, ‘good sense’ is bound to be at a loss then. The word ‘politics’ might have been innocent and good in its original intent, but it is no longer so today, all the more so in India. It is perhaps the most abhorred as well as disastrous word in all the various languages of the world. I suppose, that is why the word is more used in the pejorative sense.

Of late, ‘politics’ stands for the most ‘polluted’ reality in the human civilisation. For that reason, it is the most refrained from by the sane sector of the world, with a hand full of exceptions, worldwide. That adds to why the sector should be corrupt, although in more or less degrees.

‘Political party’ is an organised group of people or bodies, who seek to capture political power through an election, in order to run the affairs of a country. ‘Democracy’ demands the presence of more than one party, a few or many parties and, therefore, there are ‘political parties’, in a clearly plural way. ‘Political parties’, through interested candidates, contest elections, in view of gaining sanction from the people to rule over them. The mandate they gain thus, irrespective of affiliation to different parties, would mean a ‘return of service to the people’, manifestly so. But, as far as ‘party politics’ is concerned, it often coils around ‘political parties’ rather than the ‘good of the general public’. When party becomes the centre of attention in politics, it is sure to bounce back from the idea of serving the people. It is like ‘pushing the ladder out when one has reached the roof’.

No wonder, ‘party politics’, sooner or later, becomes a filmy ‘game of hero and villain’ among political parties, that too, at the cost of the people, whose wellbeing they are avowed to. Well, that would amount to state that ‘party politics corrupts’, even though it shouldn’t be so. By and by, political parties get so self-possessed that they tend to think of a ‘one party rule’ and of wiping out the opposition party or parties. The idea of ‘congress-mukt bharat’ or ‘opposition-free India’, for that matter, has to be understood from this perspective, well, a sharp violation of the democratic ethos.

Politics is the easiest job one can get today, that too, in India. For the most part, it does not require any qualification of any sort. Of course, criminal background adds to the merit. There is no age limit either. Even if incapacitated and rendered worthless, one could very well prefer to die on the chair. ‘Changing the party’ seems to be a major business of crores today. ‘Leaders’ are being sold and bought, like instant coffee, in terms of money and power. Swapping over to another party from the terrace of one party is to bluntly bluff the people who voted him/her up and is indeed ‘perversion’. But, that is what it is. The corona virus times of India has gone to the history how the ‘party politicians’ mismanaged or failed to manage the state of affairs, to the point of acute non-availability of hospitals, beds, oxygen, ventilators, medicine, ambulances, and the like, for the dying citizens. Claiming the opposite is the irony of the reality.

A healthy debate among the political parties, in principle, is part of the game. But, the ‘pull and push’ among them, to the point of filling the public space with ‘indecent and hostile remarks’, end up as a major insult to the public as well as an out-and-out violation of the spirit of the Constitution. In point of fact, the ‘party in rule’ has to be above party politics. They have climbed up the ladder of politics to be at the helm of affairs. They have to be ‘common persons’. Stooping so low as to zero the opposition down, without any rhyme and reason, as party workers do, is to defy Constitutional protocols.

It is too appalling to note that the ‘public space’ of the country is too full of conversations that are ‘issueless’ and so filthy and worthless, so much so that sensible citizens feel ashamed of hearing them from their leaders. The ‘dignity and decorum of public life’ seem to have very badly eroded. Besides, public persons, by and large, are engulfed by wrong priorities. Symbols of vain glories, like statues, temples, parliament house, bullet train, and the like, are the interests of the common persons. Basic necessities for the lives of the citizens, like food, clothing, shelter, health and education are ignored.

The entire attention of the ruling dispensation is capturing the support of the people, by hook and by crook, in view of perpetuating the chair of power. Planning and decisions are geared towards appeasing or befooling people. Kumbhs or rallies are cases in point. Biased policies and practices seem to run the show. As power increases, the moral sense of the powerful diminishes, necessarily so. Highhanded ways become their privileges. As the ethical fibre gets weakened, ‘polishing the image’ of the party and of their party men becomes a fascination. The countrymen are left to their own fate, die or live, they may choose. Party politics is intended to a blessing for democracy. In the interaction of diverse perceptions, views and opinions, a ‘crossbreed and richer perspective’ is supposed to evolve. The best of the country thus arrived at is oriented to enrich the country, in favour of the wellbeing of one and all. But, it is not easy to happen.

How could public persons leave the constitutional office, off and on, for party work and election campaign? How could they afford time, language, gestures and remarks that are in no way becoming of ethics and protocols? Bengal elections, as a blatant case in point, would speak volumes, for all times. Governance is oriented to the welfare of the citizens. When constitutional institutions, like ec, ed, cbi and it, along with tons of money flow against other party or parties, thinking of good governance, I think, is a mere fancy. Political parties need to see their faces in the ‘mirror’ and rise above the disrupted mindset. ‘Do power, politics and party politics corrupt’? The above reflection tells the story. But, governance shouldn’t be left like a derailed train. Party politics has to be redeemed. Ethos and ethics of competence and confidence, along with simple, un-assuming, straight forward and transparent ways, have to take over.

Director of Institute of Harmony and Peace Studies, New Delhi