India lost 90 per cent of area under its biodiversity hotspots, says CSE 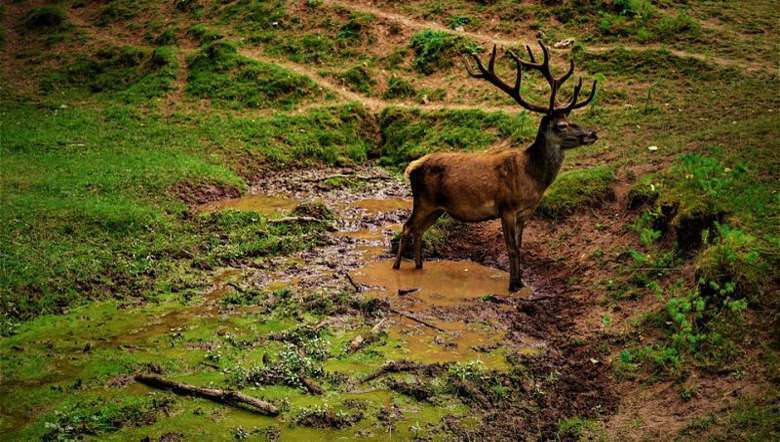 India has lost 90 per cent of the area under its four biodiversity hotspots. The Indo-Burma hotspot is the worst hit -- the extent of vegetation in the region has been reduced from 2,373,057 sq km to a mere 118,653 sq km, a loss of 95 per cent.

Twenty-five species have also gone extinct in these hotspots. The International Union for Conservation of Nature’s (IUCN) Red List monitors 1,212 animal species in India – the IUCN says over 12 per cent of them are endangered. Of the 148 endangered species, 69 are mammals, 456 amphibians and 23 reptiles.

Releasing the e-book, CSE director general Sunita Narain said: “There is drama in numbers, especially when these numbers give you a trend—are things getting better or worse. It is even more powerful when you can use the trend to understand the crisis, the challenge and the opportunity.”

India’s forests could certainly use a better understanding of the crisis they are facing. Says Richard Mahapatra, managing editor of Down To Earth, “At a time when we are witnessing an alarming fall in the timber and non-timber forest produce services in Indian forests -- implying overuse of resources -- climatic cycles are combining with other factors to result in a dramatic rise in forest fire alerts. We must learn to connect the dots.”

The CSE report pointed out that 16 states – including Odisha, Madhya Pradesh, Chhattisgarh and Uttarakhand – have witnessed a significant rise in number of forest fire alerts. It says: “India has seen a drastic rise in forest fires since the start of 2021. As of May 1, the number of fire alerts recorded by the Visible Infrared Imaging Radiometer Suite (VIIRS) is 433,581. This is quite a jump, even though the official forest fire season of the country is from February to June. Forest fires are influenced by temperature and rainfall in the preceding monsoon. The year 2016, the hottest on record when India’s annual temperature rose 0.71oC over the annual average of 25oC, saw 541,135 forest fires -- the most in a decade.”

The report added: “Rainfall during the 2015 monsoon was 765.8 mm, 14 per cent less than the normal 880 mm, as per the India Meteorological Department. In 2021, too, India sees unusually warm weather along with 8.7 per cent surplus rainfall last monsoon that leaves adequate humidity for fires to spread.”

Narain said, “In an age when the quality of data available to us is usually poor—it is either missing, unavailable publicly or of questionable quality—a collection like this can be immensely helpful, especially for journalists. Improving the quality of data can only happen when we use it for policy. Take the case of the ongoing pandemic. Just consider how we have suffered in this past year because we do not have sufficient or accurate data on tests, or the number of deaths, or serological surveys, or genomic sequencing of the variants. In each case, data would have been (and is) critical for policy making.”

She added, “Data collection is important—it is part of the art of governance—but it is equally important that entire data sets are shared and worked upon so that they can be critiqued and through this process used and improved upon.”