in Tamenglong, seven children were given pneumococcal conjugate vaccine and other required vaccines to the new born babies. 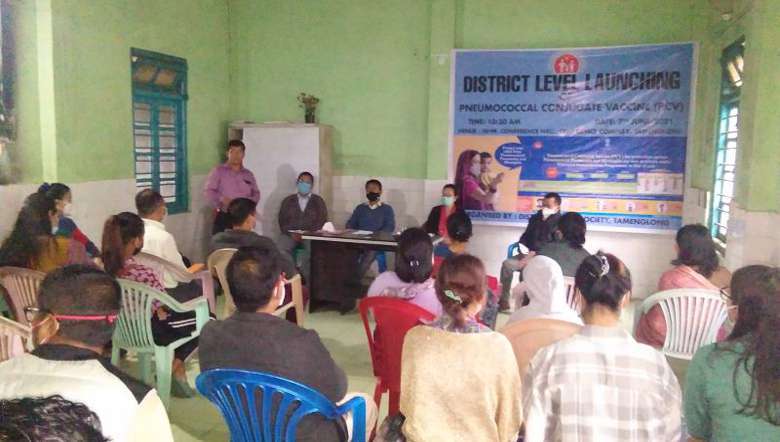 With an aim to protect against pneumococcal pneumonia and meningitis, the district health society, Tamenglong on Monday launched Pneumococcal Conjugate Vaccine (PCV) programme at the Chief Medical Office complex, Tamenglong.

In his keynote address, district immunisation officer, Dr Sunil Kamei said that pneumococcal conjugate vaccine is much necessary for children upto the age of one year. He said that the government of India has launched 13 vaccines to protect from 13 diseases and consequently, the death rate of children has declined. Polio drops were administered to children even though polio disease has been eradicated from India so that it may not spread from neighbouring countries like Afghanistan and Pakistan.

Mentioning that false news is spreading faster than the actuality of the current scenario, he urged all the people of the state not to spread false news.

After the formal launching, seven children were given pneumococcal conjugate vaccine and other required vaccines to the new born babies.

Aiming to reduce the risk and protection against pneumococcal pneumonia and other pneumococcal disease from the child, PCV has been added under Universal Immunisation Programme (UIP) by the Ministry of Health and Family Welfare, Government of India. The PCV routine immunisation will be done to every child under one year of age in three doses.

Speaking at the event, the deputy commissioner, who is also the chairman of District Health Society, Noney, said that by launching the PCV, every child under one year will get now the  facility of administering the vaccine free of cost that will enhance the sustainability of health and financially especially in the remotest far flung part of the hill districts.

He encouraged the healthcare workers to mobilise more about the new vaccine so that all the children under one year of age will be benefitted and eradicated the life threatening disease from the society. He also appreciated the works that have been carried out by the healthcare workers during this COVID-19 pandemic. 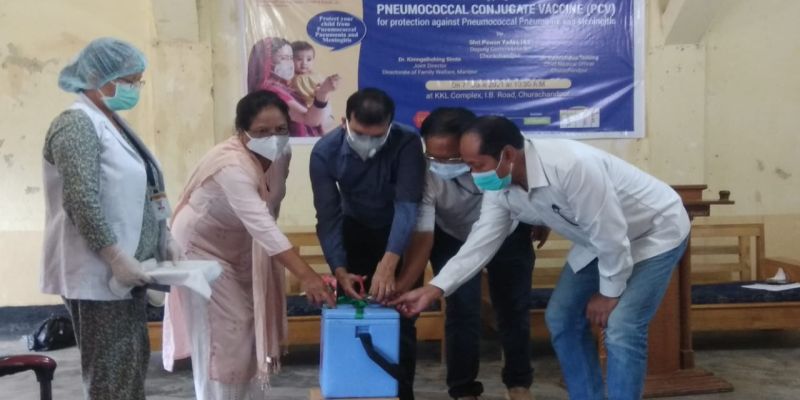 Delivering his welcome and keynote address, Dr Paulunmang said that children below 5 years of age had died of pneumonia which was recorded around 8 lakh deaths in 2018. Saying that the launching of PCV is a historic move as the vaccine is not easily affordable by people, he thanked the government for the initiative.

After launching the vaccine, Pawan Yadav said that no child must be left out of the PCV vaccination which will be of great help. He also spoke about the importance of being vaccinated which will protect the children from any disease, particularly during this time of pandemic.

Dr Kimngaihching said that the disease can affect any part of a child's body that causes death. Now there will be a routine immunisation exercise free of cost, he added.

Dr Vumchinpau asked the ASHA workers to play an active role in immunising the children who are below one year of age.