After the postmortem was conducted at RIMS Hospital Imphal, the family members and Kangpokpi civil bodies collected the body to perform his last rites at his village Chalwa. 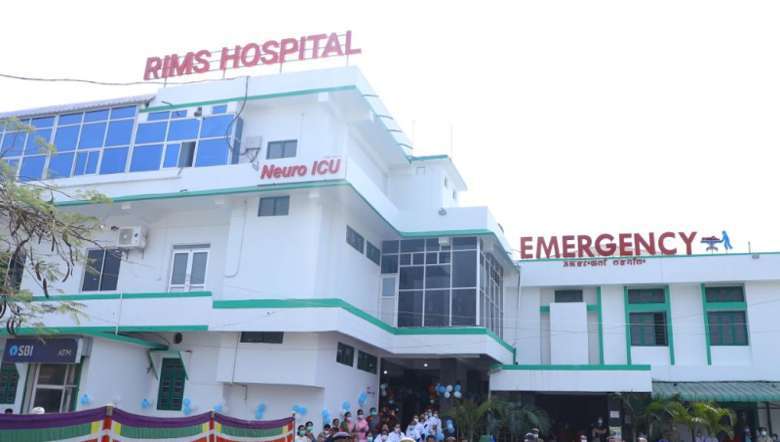 Following the agreement signed between the Assam Rifles authority, state police authority and civil bodies of Kangpokpi, the body of late Mangboilal Lhouvum was claimed on Sunday.

After the postmortem was conducted at RIMS Hospital Imphal, the family members and Kangpokpi civil bodies collected the body to perform his last rites at his village Chalwa.

A simple farewell programme was conducted at Nute Kailhang in Kangpokpi district headquarters under the aegis of Kangpokpi Town Committee, KWWO and KYU.

Later, the mortal remains were taken to his village in an ambulance accompanied by families and leaders of several civil bodies.

In connection with the incident, an FIR was lodged at Kangpokpi Police Station under FIR No.21(6)2021 KPI-PS U/S/302/34 IPC&27A Act by the deceased’s father Sehlam Lhouvum.

ATSUM stated that the union is shocked and anguished at the death of Mangboilal Lhouvum, allegedly at the hands of 44 Assam Rifles (AR) posted at Banglabung Gelnel Village under Kangpokpi district.

Such acts of killing at will by the army major is non-justifiable and distorts the fact that peace and harmony can prevail in a land where the Assam Rifles claim to be the ‘Friends of the Hills People’ or the ‘Sentinels of the Northeast’, it added.

ATSUM stated that it denounces the “belligerence and flaunting of authoritative power by the Assam Rifles against tribal populace.”

The immature judgment of the officer and the committed act is an outright violation of human rights, it stated, adding that the barbaric act of Central Forces to take innocent lives in the state under the draconian law AFSPA is highly condemnable and it has to stop immediately.

AFSPA has been time and again used by the central security officers to meet their selfish hunger for promotion and gallantry awards, ATSUM stated.

Therefore, AFSPA should be repealed from the state as it will be the only panacea for saving innocent lives of the state populace from the grasp of Central Forces brutality, it added.

Urging the Assam Rifles to exercise love and respect human lives, ATSUM called for justice in the alleged killing of Mangboilal Lhouvum and appealed to the authority concerned for timely intervention and immediate action so as to avoid recurrence of such incidents in future.

Meanwhile, the Kuki Revolutionary Army (KRA), an entity of the tripartite talk with the Centre and state government under Kuki National Organization (KNO) clarified that Mangboilal Lhouvum was not the new finance secretary of the organisation as alleged in some local TV channels and social media.

Condemning the allegation, the outfit stated that such baseless allegations were made only to tarnish the image of the organisation and its sincerity in adhering with the ground rules of the Suspension of Operation.

Since the signing of SoO with the government, KRA is committed to adhering to the SoO ground rules and promoting peace and harmony in its operational area while adding that extortion, kidnapping, illegal taxes, etc. has been strictly prohibited and stopped in the operational areas of KRA, it stated.

It stated that the deceased Mangboilal Lhouvum, son of Sehlam Lhouvum of Chalwa village is not related with organisation and alleging such innocent civilians to be the new finance secretary-in-charge of IT Road is baseless and unfounded.

It also cautioned that anyone indulging in such false allegations and circulating in social media should be dealt with befittingly by the organisation in future and warned them not to make such allegations in the future.