The total number of COVID-19 confirmed cases rose to 55,230, while the death toll reached 881 on Sunday. 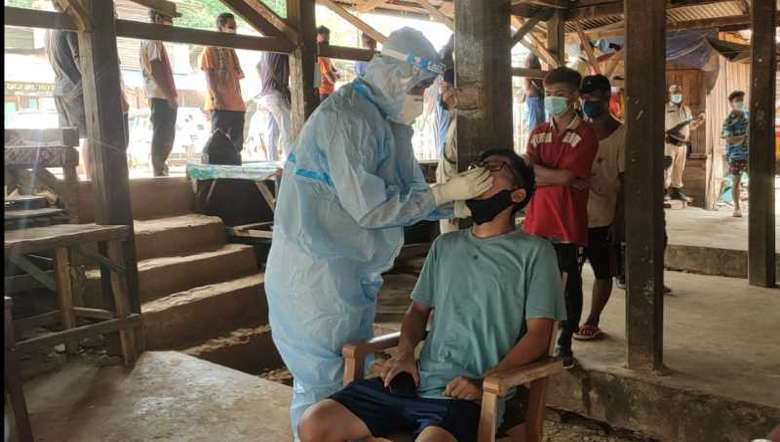 With the new positive cases, Manipur's COVID-19 caseload surged to 55,230, while the death toll reached 881 with nine more fatalities, a release issued by the Common COVID-19 Control Room stated.

As per the release, the new positive cases included 821 from the general population and two personnel from the Central Armed Police Force (CAPF).

The new COVID-19 positive cases from the general population included from 245 from Imphal West, 192 from Imphal East,  86 from Thoubal, 71 from Churachandpur, 69 from Kakching, 56 from Jiribam, 49 from Bishnupur, Tengnoupal, 12 from Ukhrul, nine from Kamjong, seven from Kangpokpi, six from Chandel, three from Tamenglong and one each from Senapa ti and Noney, the release stated.

All necessary medical precautionary measures l.ike containment and contact tracing are in place, it stated.

Of the nine COVID-19 fatalities, four deaths were from Imphal East, three from Imphal West and one each from Kakching and Kangpokpi.

The state also recorded 646 new recoveries, pushing the cumulative number of recovered cases to 45,165. The recovery rate is 81.77 per cent and the number of COVID-19 active cases stands at 9,184 as of Sunday, the release stated.

Meanwhile, the number of people who have been administered COVID-19 vaccine in Manipur reached 4,22,872, as per the latest updates.