The arrested militant member has been handed over to Churachandpur Police Station for further investigation. 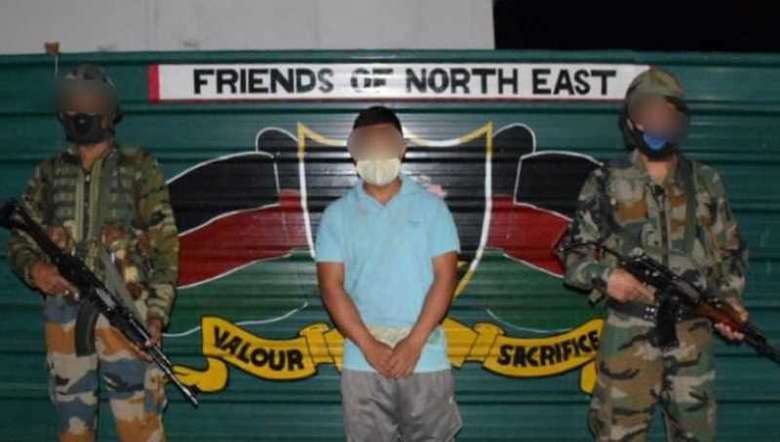 The Churachandpur Battalion Assam Rifles under the aegis of IGAR (East) apprehended a PLA cadre in Valpakot village, Churachandpur district in Manipur on Wednesday, stated a release issued by IGAR (South) on Thursday.

Based on specific intelligence about the presence of a PLA cadre in general area Valpakot village of Churachandpur, the security forces launched an operation and successfully apprehended a cadre belonging to a banned outfit, PLA, a valley based insurgent group involved in multiple attacks on Assam Rifles guarding the Indo-Myanmar border, the release stated.

The apprehended cadre identified as one Telem Amit Kumar Singh alias Lintao, resident of Mamang Leikai, Imphal West district Manipur and has been handed over to Churachandpur Police Station for further investigation, it added.